All rural areas face some level of remoteness, but Alaska’s experience of remote greatly differs from that of Maine, Vermont, or New Hampshire. Many Alaskan villages are accessible only by plane or boat which often makes transport remarkably expensive, adding costs to goods and services including heating fuel, weatherization materials, and contractors. As a result, Alaskan villages experience some of the most acute energy efficiency challenges in the U.S., requiring efficiency project implementers to use creative solutions to address these barriers. Energy Wise, an initiative run by RurAL CAP (Rural Alaska Community Action Program) from 2011 to 2013, is an example of how to tackle the challenges of remoteness by addressing the high cost and difficulty of transporting contractors, equipment, and supplies.

Energy Wise addressed the problem of remoteness by recruiting volunteers from rural villages, flying them to the closest population hub, and training them in energy efficiency work. The trainees became the trainers when they returned to their villages. They hired local workers to join the weatherization team and trained them. Following an outreach campaign, which usually included an energy fair, the teams would complete as much weatherization work in their villages as possible. Volunteers also shared energy conservation techniques—such as installing LED lightbulbs and cleaning refrigerator coils—with participants as they conducted their home energy assessments, empowering residents to maximize their energy savings beyond the crew’s visit.

“(The energy efficiency) teams would split up and go door to door hitting as many of the homes in the community as time and money allowed doing a light energy assessment and light energy improvements as well. Some of those improvements would have been changing out light bulbs installing a programmable thermostat… sealing windows. Really low hanging fruit, but it made a difference.” 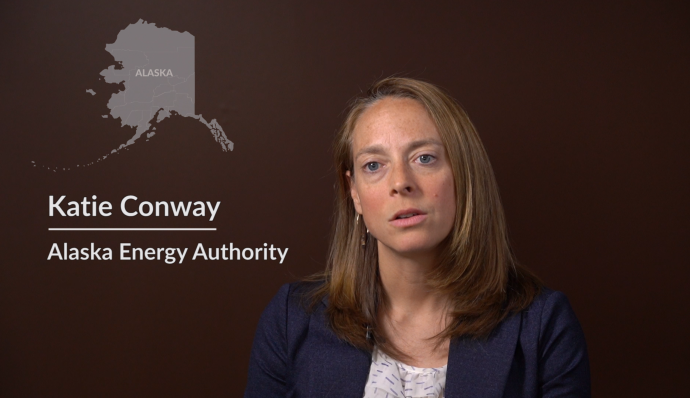 Energy efficiency is just one of many household challenges facing residents of remote Alaskan villages. Weatherization outreach efforts must take these other challenges into account, and help residents understand how it’s possible to make improvements that will provide long-term benefits while simultaneously addressing other short-term needs.