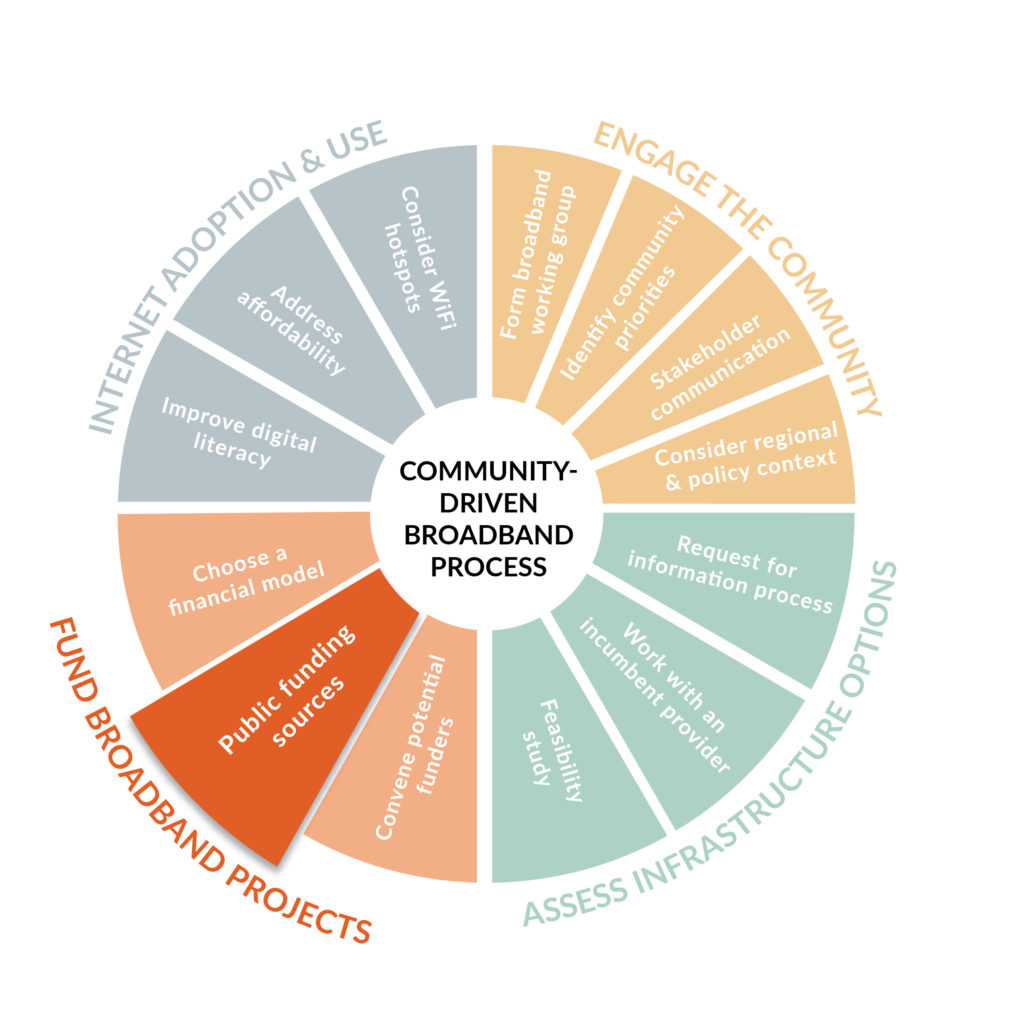 As recent as the mid 2000s, the only way to get internet on the Cranberry Isles was by visiting the school or the library. It wasn’t until 2007, that Redzone brought internet out to the rest of the island, and the service didn’t come anywhere close to achieving broadband speeds. In fact, on Little Cranberry Isle (Islesford) the speeds were less than 1mbps download / 1mbps upload. Needless to say, the Cranberry Isles found themselves behind the rest of the country when it came to attaining high-speed internet service. Without a good economic case, ISPs were never going to bring broadband to the islands on their own, so the community took action and solved the problem by seeking their own funding strategy based on grants—with a fallback plan of funding the infrastructure with the tax base.

Amy Palmer, the bookkeeper for the Cranberry Isles Fishermen’s Co-op, said that she knew something had to change when she found herself paying a fisherman from the mainland for his catch. He asked her why she had to give him a written check, and why couldn’t she just electronically transfer his payment like the other co-ops do?

Jim Fortune, who does administrative work for the town and played a major role in the logistical process that brought broadband to the islands, recalled that people had tried settling on the Cranberry Isles in the past but found themselves unable to thrive due to inadequate internet speeds which don’t allow for viable telecommuting.

The Cranberry Isles began the community driven broadband process by forming a working group and communicating with organizations like the Island Institute, and even elected representatives in Washington D.C. to help garner support for their cause. By proving that their incumbent provider was insufficient and by issuing a targeted Request for Proposals, the broadband working group was able to attract the attention of a handful of ISPs. Axiom Technologies, one of the few respondents, took on the project as they were the only entity that confirmed they could achieve a fiber-to-the-premise system.

The broadband infrastructure would have cost the municipality 1.3 million dollars, which would have meant about a 10% increase on taxes. The solution that the broadband working group sought to achieve was to have the funding come from both state and federal grants. The catch was that in order to acquire all of that grant money, they needed to vow to fund the project as a community even if they did not win the grant. This meant that the community was facing a risk—they would either receive the funding and have their taxes remain the same, or fail to receive funding and face the 10% increase in taxes.

This ultimatum made it crucial for the broadband working group to educate the community about why this project needed to be accomplished with or without grant funding. They held meetings that attendees could attend via conference call to allow seasonal residents to give their input from their winter homes. They educated the public about how broadband would allow the Cranberry Isles to remain a robust community—that broadband would strengthen businesses, attract new families, and allow the island school to thrive. While there was some backlash from outspoken opponents to the investment, the overwhelming majority of the community voted to pass the funding at a town meeting in March of 2017. The broadband working group then moved forward with their grant applications. Through the Maine state grant, ConnectME, they were aiming to fund 9% of their municipally owned infrastructure, but the bulk of the funding would come from the USDA’s Community Connects grant. The town hired a grant writer to complete the USDA grant by applying for an Island Institute Broadband Planning Grant.

It would be several months before they would find out if they won the grant funding they applied for, but because Islesford was about to lose its internet service entirely, the town moved quickly on getting Axiom’s service implemented. Planning took place all spring and summer, and construction began in October 2017. It was in November that Jim Fortune got word that they had not won the USDA grant. He was disappointed, the community was disappointed, and there was some dissention coming from the community. However, they knew the risk they had taken, and as a whole they were resigned and still satisfied that high-speed internet was on its way.

“When the people sat down at the town meeting in March 2017, they knew that the grant wasn’t guaranteed. If it didn’t happen, we were prepared to pay for this ourselves.”

Weeks later, in an ultimate moment of reversal, Jim Fortune got an email which informed him that the Cranberry Isles had—in fact—won the grant. The tax base wasn’t going to be so heavily impacted after all.

The USDA chooses applicants based on their rurality. Cranberry Isles ranked extremely rural due to having a population density of fewer than six people per square mile. Applicants are also chosen based on necessity. The USDA requires that applicants receive speeds slower than 10mbps download /1mbps upload, and the Cranberry Isles were being served speeds that were even slower than 1mbps download/1mbps upload.

“Our mission is to build prosperity in rural communities and when we look at the pieces, we need to create quality of life and economic opportunity. Infrastructure is at the core of that… nothing is more central to that than access to highspeed internet.”

-Former Assistant to the Secretary of USDA for Rural Development, Anne Hazlett at a ribbon cutting event during the Summer of 2018

Grants can be a risk. The more serious your community is about following through with a project, the more likely it is to receive grant funding. Community buy-in is essential to any community pursuing broadband.

The Cranberry Isles found themselves returning to their grant applications as their engineering plans changed. Certain locations of infrastructure needed to be moved, and environmental impact studies needed to be reassessed. 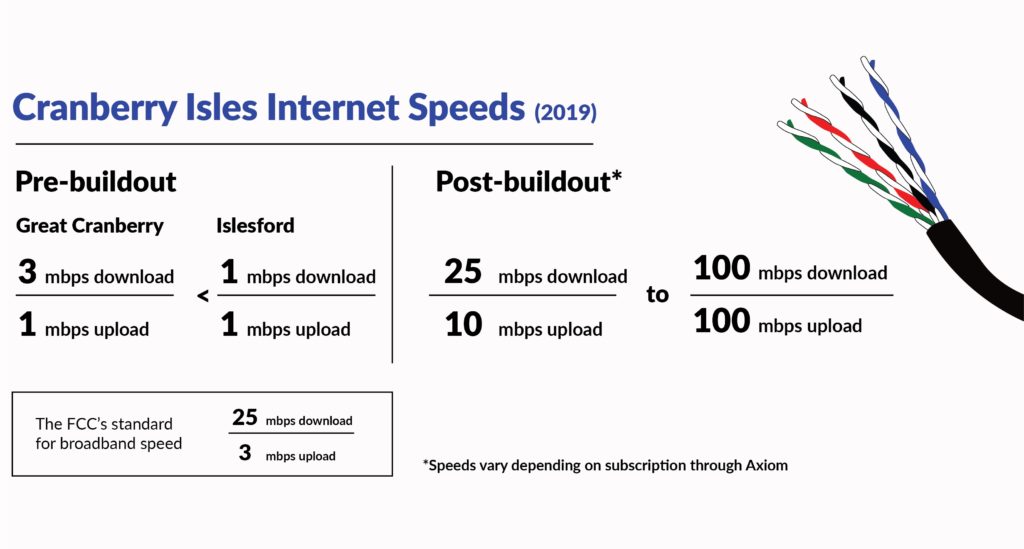