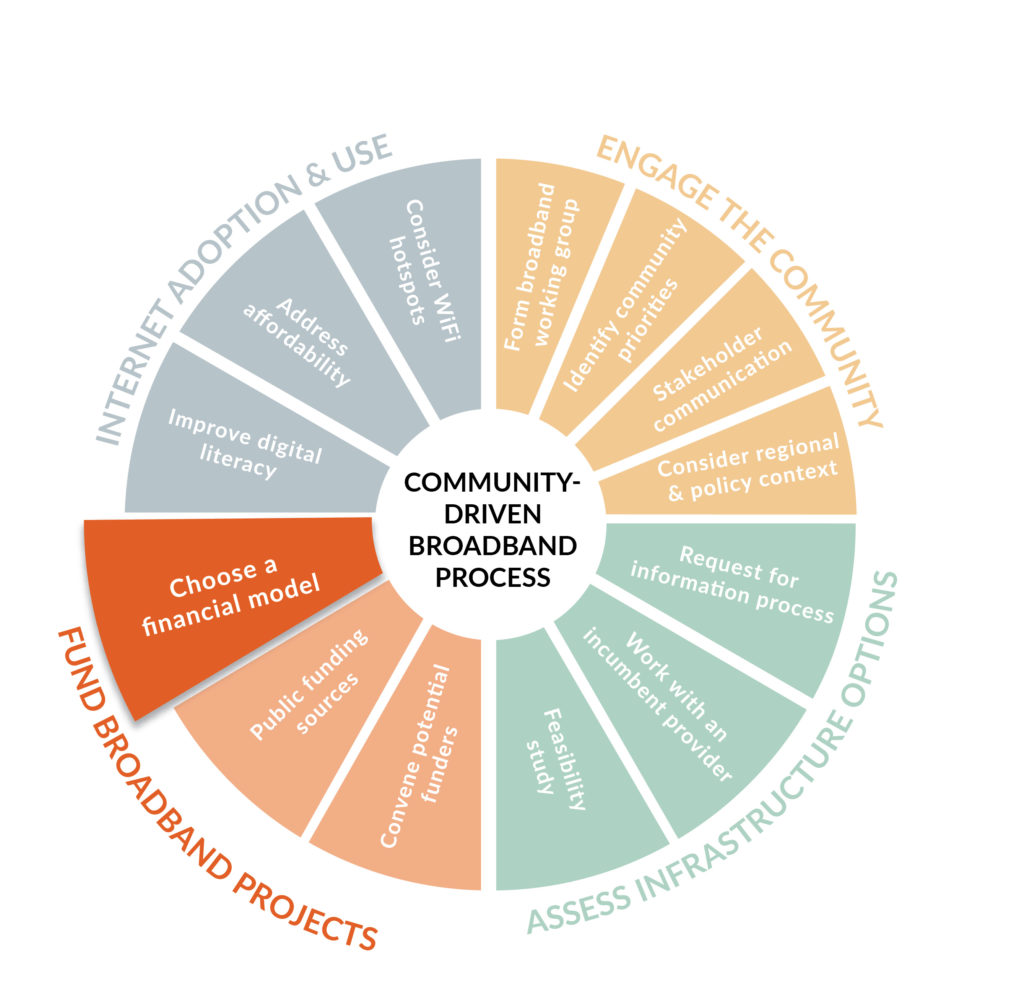 Cliff Island, the last stop on Portland’s Casco Bay Ferry, has historically suffered from slow internet speeds. As the 21st century has progressed, Americans have come to expect high-speed, reliable internet to be as accessible as running water or electricity. Because of this trend, Cliff Islanders began to question whether they could feasibly bring broadband to their island community.

Residents, both seasonal and year-round, were tired of having to bring their laptops to the town square (which consists of the community hall, the ferry landing, the general store, and a tennis court) in order to acquire internet remotely close to the speeds they needed. Cliff Islanders did achieve their island broadband aspirations, and a success like this can only happen when there is a number of factors at play; namely: hard work on the part of the community, good luck, and financial support.

In the case of Cliff Island, those three ingredients were present, but so were challenges. In the end, Cliff Island ended up with a successful buildout using a private funding model to solve the dilemma of its capital expenditure—in other words residents privately covered the upfront cost that was necessary to fund the infrastructure. CI Fiber, a local LLC founded for the purpose of fundraising and owning the broadband infrastructure, productively collaborated with other organizations to bring the project to fruition.

One of the biggest barriers in the process was the fact that Cliff Island is a part of the city of Portland—unlike other Casco Bay Islands that are incorporated as their own municipalities. Being a part of the city prevented them from utilizing some of the grants available to rural communities seeking broadband access. On paper, Cliff Island is part of the most urban city in the state, making them very low priority when compared to the other communities that may apply for grants through the ConnectME Authority or USDA grant programs. Not only did their status as a part of Portland prevent them from accessing state or federal money, but it also prevented them from deciding whether or not their tax money could be spent on broadband infrastructure. While other rural towns can make tax allocation decisions through a vote, Cliff Island did not have that ability. Additionally, Cliff Islanders needed to work with the City of Portland through its permitting processes, which was an added complication.

“I think a key thing is to continue to have community meetings. Keep the community involved throughout. I think that’s where the buy in came from. We made the process transparent.”

Keeping the community in the loop throughout the entire community-driven broadband process was key to having a high take rate. The original goal was to have 60 homes on the island sign up for the service, and by the time it went live, there were 80 homes on board.

The Cliff Island broadband project was also able to leverage its resources to tie in other community projects. In recent history, there hasn’t been an official Cliff Island health center.

Concurrent to this project, an addition was planned for and built onto the community center to create a space dedicated to serve as a community health clinic. Funding was voted for and provided by the Cliff Island Association for this purpose. It was identified that a small separate room could be set aside for broadband infrastructure needs that included a control room for electronics. In addition to this space, CI Fiber was granted access to the roof to install a pole-mounted broadband microwave radio to access the signal from Portland. A backup generator was also installed as part of the construction to provide power to this community center during power outages. This combined funding helped bring down the cost for CI Fiber since the construction was implemented for multiple purposes. 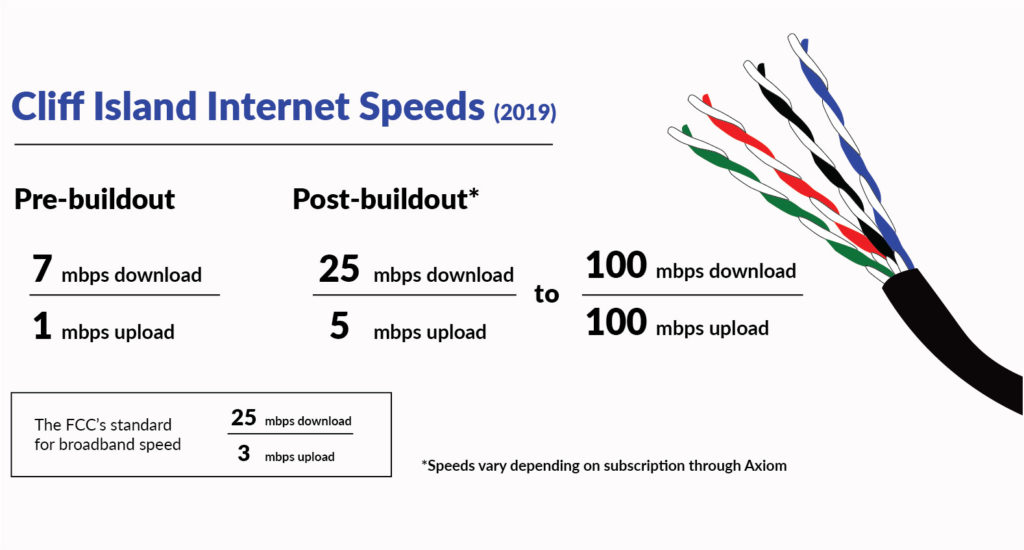