Maine has food festivals dedicated to the clam, oyster, salmon, lobster—even the lobster roll. Don’t you think it’s time that seaweed got its own?

Think about it this way. Seaweed can hold its own, tastewise (it’s how we discovered umami after all). It’s packed with a wide array of minerals, plus vitamins, omegas, essential aminos, ant-inflammatory properties and more. Farmed seaweed is a zero-input crop requiring no land, fresh water, fertilizer or pesticides. And Maine is leading the nation in the number of kelp farms, which support shellfish growers, lobstermen, and others on the working waterfront. There’s a lot to celebrate.

That’s why I created Seaweed Week: A Food and Drink Celebration of Maine’s Kelp Harvest. From April 26–May 4, restaurants, bars, breweries and college campus cafeterias all over the state will be putting local sea greens front and center on their menu. With help and support from the Island Institute, Maine Coast Sea Vegetables, Maine Sea Grant, UNE North, Yelp Maine, and others in the seaweed industry, we’ve been able to sign up over 60 participating locations to date (with more to come).

The idea for a seaweed-focused restaurant week goes back to my time in New York City, where I was an editor at Zagat Restaurant Guide. Immersed in the foodie media world, I saw first-hand that chefs are the rock stars of our age, and most major food trends start in restaurants. So when I returned home to Portland a few years ago to pursue my lifelong interest in seaweed, I started taking note of which restaurants were cooking with local seaweed.

I also started blending herbal and caffeinated teas with different seaweeds, and launched Cup of Sea. After the first year, it had grown to around 60 retail accounts throughout New England. Fifty-pound boxes of tea, herbs, and dried seaweed—as well as packaging materials and various other equipment—was starting to take over my family’s basement, dining room, and kitchen.

In the hunt for a commercial kitchen facility, I stumbled upon a beautiful, old building on the dividing line between Portland’s Old Port and burgeoning East End. There was room for tea processing and storage, but there was also a retail space attached. This was intriguing because I had grown frustrated over the fact that, although seaweed products could now be found in many stores, they were still mostly invisible to consumers—and salespeople usually didn’t know much about them.

So I opened Heritage Seaweed, an all-things-seaweed shop, in July 2018. It’s really gratifying being able to show up for work every day and talk to customers about all of these amazing Maine people who are making the wide range of innovative food products, skincare items, art, and other seaweed-based things that we stock. The people who come in are almost always open-minded and enthusiastic. It’s like they’ve just been waiting for a space like this to exist, so they can satisfy their curiosity and dive deeper into something they’ve been interested in but had no idea where to start.

They always have lots of good questions, but it’s the recurring “Who does the best lobster roll?” and “Where are the best oysters?” that finally led me to create Seaweed Week. Those are the same questions my restaurant writer colleagues would always ask me when they were planning their summer trips to Maine. While I love those foods as much as anybody, seaweed deserves to be part of that conversation too.

Especially because Maine has the potential to become the nation’s hub for seaweed aquaculture. We have a robust wild harvest industry that, in its current form, has almost 50 years of maturity. We’ve got processing facilities, top-notch research labs and university programs, and funding support from a variety of organizations. And we’re ahead of other East and West Coast states in the number of kelp farms. Ten years ago, there were no seaweed farms in the U.S. Today, Maine has around 140 lease sites, with more than 30 active.

It’s an exciting moment that’s full of possibility. What better way to savor it than at your favorite restaurant?

For more information on Seaweed Week, participating restaurants, and special events in your area, click here. 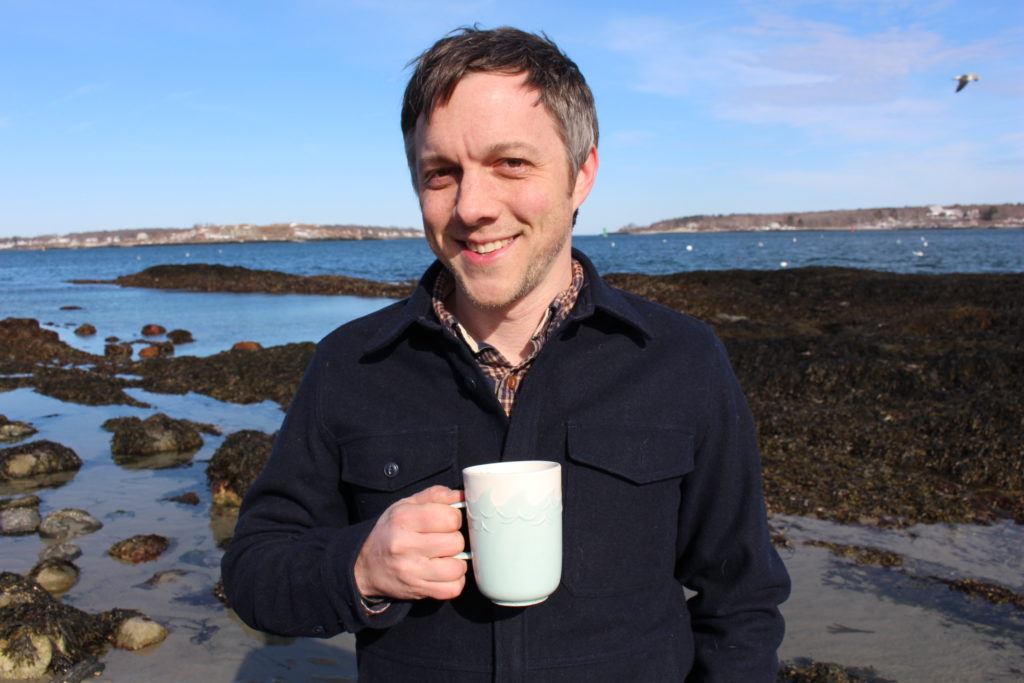