My favorite work event of the year just happened. It was the Fishermen’s Climate Roundtables. Fishermen’s Climate Roundtables is an annual opportunity for fishermen and scientists to come together and share notes about the past fishing year, as well as the longer-term environmental changes they are noticing on the water. For me, a marine scientist, there is nothing more intellectually interesting than conversing with a group of fishermen. Fishermen often see changes on the water before scientists. For them, sharing their real-time, on-the-water perspective can inform the direction of applied research that is meaningful to their livelihoods.

This year marked our 15th annual roundtables event, making it the longest running annual event hosted by the Island Institute—a definite cause for celebration. It also marked one year since I have actually seen any of the colleagues and friends that participate in this gathering in person. There is a core group of about 15 fishermen who attend every year and a larger group that attends intermittently, largely depending upon how the fishing weather has been that week and if they can afford to take a day off of the water. Notably, this year, another factor was how overwhelmed they are by the challenges facing the industry. Depending upon the specific topics of interest identified by the fishermen, one or two marine scientists are also invited to attend each year to listen and share their research results.

The spirit of the event is very informal and gets at the heart of why I love my job. It is all about bringing people together who might not otherwise talk to each other and sharing information about science! It’s an opportunity to hear from true naturalists—fishermen who have spent the better part of the last 40 years on a boat, observing what comes up in their traps and thinking about what is different and why. Some just use this information to determine where to put their next trap. Others reflect on these data, thinking about how things have changed over the years, and what it could mean for their fishery going forward. The latter group are those people who make a point to try to attend the roundtable event.

Over the last 15 years, many themes have emerged from the fishermen’s observations. An important backdrop is the acknowledgment and downright astonishment from the older participants about the incredible increase in the lobster catch. When the event first began in 2006, fishermen were astounded at the 60-70 million pounds being landed, and for the last ten years, landings have surpassed 100 million pounds, reaching 132 million in 2016.

Several of the participants are involved in the EMOLT project (environmental monitors on lobster traps). They have firsthand data from their traps that show an increase in bottom water temperature. Due to warming temperatures, the fishery has shifted to offshore/deeper water, and many lobstermen are now taking multi-day trips, and fishing year-round. There is also no longer a reliable time of year to expect the lobster molt to occur. New species are showing up in fishing grounds and traps, and invasive species they’ve never seen before are fouling their gear. They’ve also noted more extreme weather and an increase of fresh water input, as well as concerns over ocean acidification’s impact on lobsters.

More recently, there is a lot of talk about the high numbers of unusually small female lobsters with eggs and that the eggers seem to be getting smaller every year. A welcome change is the recent consistency and abundance of menhaden schools, which are used as a local source for lobster bait.

Many of the conversations that happen at this table are influential in steering our program areas at the Island Institute. They also help to prioritize lobster research needs going forward. For instance, in response to questions from fishermen about ocean acidification’s impacts on lobsters, we led a long-term push to establish a legislative study commission to address the impacts of ocean acidification on Maine’s commercially important marine species and highlight the need for more research to understand potential risks posed to lobsters. Additionally, because of the recent juxtaposition of high numbers of females with eggs but fewer baby lobsters showing up in the nearshore surveys, participants asked for more information about offshore settlement, or the possibility of baby lobster settling in deeper depths than could be surveyed using the current method. Now there is an ongoing and expanding research program to determine if baby lobsters are settling in deeper waters that are now warm enough to be hospitable nursery habitats.

During the March 2020 roundtables we talked a lot about bait availability and invasive seaweed and how the troubles surrounding both are linked to warming waters. The day ended, as it does every year, except for this one, with dinner out at a Rockland watering hole and more exchange of stories from on and off the water.

By contrast, the March 2021 roundtables couldn’t have been more different. There wasn’t even a table, but there were many of the same friendly faces, committed to catching up and learning, even if over Zoom. The social component was surely missed, especially given the added stress facing the fishery from the pandemic, new whale rules, and proposals of offshore wind farms. But this year’s topic was a major testament to the years of observations shared by and cooperative research with fishermen as well as a big advancement in science. We focused on the new lobster stock assessment, which was the first ever to include climate variables. Lobstermen have been talking about climate impacts on their fishery for 15 years at the roundtables, and the science has finally caught up and included how changes in environmental parameters are impacting lobster populations.

So much has changed in this fishery because of climate change, and we know more is to come. Over and over fishermen have adapted to these changes. Many are also committed to mitigating them, by increasing the energy efficiency of their operations or putting solar panels on their fishing co-ops. Throughout these past 15 years, we have seen many changes within the industry and have worked to find ways to address the issues raised at the Fishermen’s Climate Roundtables. This event continues to show us that by coming together and working together, even if it has to be virtually, we can make a positive impact on the challenges facing our coast.

Relationships matter. Communication matters. Science matters. To put it all together to solve the complex, climate-related problems facing fisheries today, fishermen and scientists need a seat at the table. We’re proud to play a role in helping to ensure those conversations can happen. 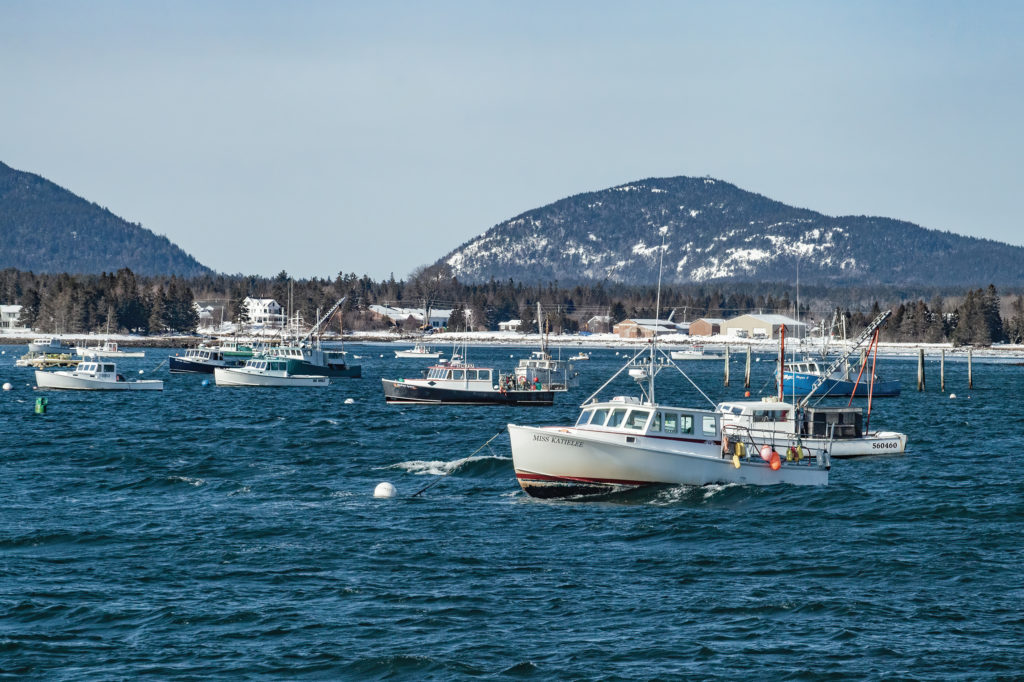