The funding, which includes a subsidy of up to $50 per month for eligible families to help pay for internet services and $300 million to expand rural broadband access, is intended to help keep Americans connected as the pandemic rages on.

Adequate internet connectivity is an issue that many Mainers, especially those in rural areas unserved by internet providers, have experienced for years.

“Without broadband access, people are going to be left behind,” said Don Snoke, a Sullivan resident and member of the group Age-Friendly Sullivan, which works to provide services and supports for people of all ages in the town.

So, Snoke is using his knowledge and expertise as a retired UUnet employee to help get his neighbors connected to the internet. UUnet, now an internal brand of Verizon Business, according to its LinkedIn page, was one of the first internet service providers in the world.

“I watched [the internet] grow over my whole lifetime,” Snoke said, “I feel like a doting grandfather.”

Despite his background in the field, Snoke is running into hurdles, such as cable franchise agreements with internet service providers, that can make expanding connectivity a difficult task.

The agreements, made with local communities and renegotiated every 15 years, specify how many homes must be in an area for the provider to provide service, state Rep. Nicole Grohoski (D-Ellsworth) explained to The American.

A 2019 state legislative amendment lowered this minimum density requirement to 15 residences per linear strand mile of aerial cable. However, some rural areas may still not meet this requirement.

Additionally, local communities that have already negotiated their contracts may have to wait years to renegotiate.

Consequently, the task of expanding broadband access can fall to local efforts, such as those led by Snoke, and government initiatives.

One of the bills proposed using a portion of sales tax from internet sales to help pay for broadband deployment, but it was left on the appropriations table, Grohoski explained.

State Sen. Louie Luchini (D-Hancock County) echoed the idea for upcoming bond initiatives, as well as the possibility of including broadband expansion in the state’s budget.

“I view broadband like infrastructure. It’s a necessary element for people to have these days,” he said, adding, “it’s a huge issue for us in rural Maine.”

Other initiatives are being led by ConnectME Authority, the “public instrumentality of Maine state government” whose mission includes facilitating “the universal availability of broadband to all Maine households and businesses,” according to Maine.gov.

As legislative efforts are developed and proposed, local efforts, including Snoke’s work, which was inspired at the onset of the pandemic, soldier on.

“I was distressed that people couldn’t join [Age-Friendly Sullivan] when we started to move to Zoom calls,” due to poor internet access, he said. “They couldn’t participate.”

Besides the importance of being able to participate in social groups, Snoke said he felt that “when we come out the other end of COVID, we’re going to live in a different world,” one that happens largely online.

Learning, working and ordering goods will continue to happen online, he said, as well as the expansion of health-care services through telehealth portals.

Additionally, he pointed out that having adequate internet services will dictate the real estate market, as buyers will continue to look for houses in areas that have internet access.

Snoke started his initiative by conducting surveys of Sullivan residents to gauge who had adequate internet access.

Several responses indicated that some residents had received a message via the internet service provider Spectrum that services were not available to the area. The company is one of the only providers available to the region.

“I drove every paved road in Sullivan, looking at the [utility] poles,” Snoke said. “I discovered that about 70 percent of the town was fully wired for Spectrum.”

Snoke said that when he explained this to Spectrum employees, it was discovered that when Spectrum’s parent company, Charter Communications, acquired Time Warner Cable in 2016, it inherited Time Warner’s database, which included incorrect information about available wiring.

After this realization, Snoke explained that Spectrum became bombarded with calls for internet orders, leaving Spectrum staff struggling to keep up with demand, which has been additionally frustrating for Sullivan residents.

Since the discovery, “we’ve had some successes,” Snoke said, including getting homes connected to “much better service.”

However, the problem remains for especially remote communities under their cable franchise agreements.

In areas that do not meet density requirements, Snoke said it is up to individuals to pay internet companies to come to their neighborhoods to set up the proper infrastructure.

One solution to this often-costly process is to get road associations into purchasing groups, he explained, where each home is allotted credits from internet service providers that they can pool together to pay for cable infrastructure costs.

In the town of Lamoine, expanding broadband services has been a project for the last several years, said Stu Marckoon, the town’s administrative assistant.

According to Marckoon, several subdivisions in Lamoine, including those off Mud Creek Road and areas near the Seal Point Road, do not have internet access.

The town was recently awarded a $5,000 grant from the Island Institute, matching the funds the town committed at its 2020 Town Meeting, for broadband planning to reach these unserved areas.

While still in the early stages of planning, the town has started working with consultants from Casco Bay Associates. 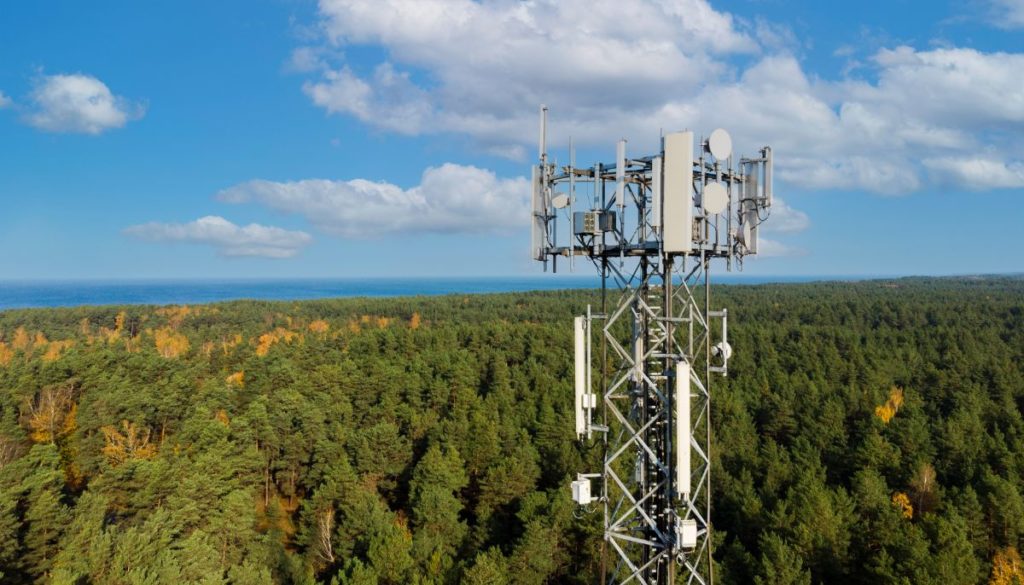 Adequate internet connectivity is an issue that many Mainers, especially those in rural areas unserved by internet providers, have experienced for years. (Photo courtesy: The Ellsworth American).