ROCKLAND, Maine — Betsy Wyeth, the wife of beloved artist Andrew Wyeth, died at her home in Pennsylvania on Tuesday. She was 98.

Betsy and Andrew Wyeth, who died in 2009, were prominent figures in midcoast Maine, where they lived seasonally in Port Clyde and on two islands they owned off the coast of St. George. Betsy Wyeth was not just her husband’s muse, but played a critical role in shaping his Maine-inspired work which would become a cornerstone of his artistic legacy.

“Her love of the midcoast was felt far beyond the reaches of the art world. Her generosity extended to the island residents, the fisherman, and the people of Maine. Through her support of the [Farnsworth Art Museum], we have been able to exhibit countless of her late husband’s works throughout the past decades for the enjoyment of our local, national, and international visitors. We extend our most sincere condolences to the family,” Director of the Farnsworth Art Museum Christopher Bonawell said Tuesday night.

Betsy Wyeth was born and raised in New York, but spent time as a child in Cushing, according to Architectural Digest. It was in Maine that she would meet Andrew Wyeth, who asked her to marry him at a dance in Rockland in 1939.

It was Betsy Wyeth who introduced her husband to Christina and Alvaro Olson, who lived on a sprawling farm in Cushing, according to Farnsworth communications director David Troup. The Olson House is where Andrew Wyeth would find inspiration for nearly 300 works of art, including his most famous painting, Christina’s World.

“Betsy played an essential role in Andrew’s career,” Troup said. “She provided the support that allowed him to follow his artistic vision while dealing with pressure from dealers, patrons, critics and his father, N.C. Through their years together, she served as Andy’s model, inspiration, advisor, curator, editor and business manager.”

Andrew Wyeth is the son of N.C. Wyeth, a famed painter and illustrator. Andrew and Betsy’s son Jamie Wyeth has also grown his own fame as a painter. Altogether, the Wyeth family has documented Maine’s people and landscapes through their art for three generations.

“Because of Betsy’s insight and support the Island Journal has long been recognized as a wonderful celebration of Maine’s island life and culture, weaving a rich tapestry of indelible story-telling and imagery,” Snyder said. “The Journal is a deep reflection of Betsy’s vision and love of the Maine coast, and it represents one way that she will live on through our organization.” 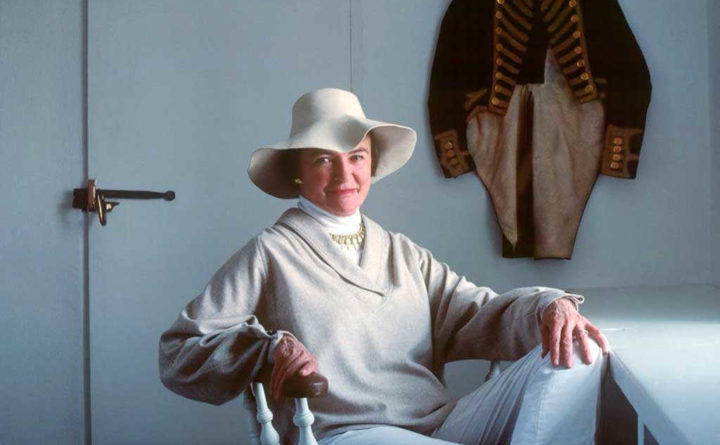