BAR HARBOR, Maine — On the day the virus arrived in Maine, Caroline Bloss lingered over pizza with her husband and father at Blaze, one of the few restaurants open in the offseason here. They were following the disease’s progress closely as it shut down schools and sporting events further south. And now here it was in Vacationland, albeit in Androscoggin County, a couple of hours away.

“We’re not there yet, but I feel it’s coming,” said Bloss, who moved to Mount Desert Island in November after her husband took a job at a research lab here.

But it wasn’t just the virus that was threatening to show up. It was friends and family members who were already experiencing its ravages around New York and could think of nothing better than escaping to an island.

“Get ready for guests!” Bloss was hearing from them. “We’re coming up north!”

The idea that relatives, renters and summer residents might seek refuge here sparked debate about whether that was a good idea — at first in jest, but then fear began to emerge in Facebook posts. While some quickly set their concerns aside, other islanders considered closing the causeway that links Mount Desert Island to the mainland, voicing worries that have echoed in community meetings and chat rooms off both U.S. coasts and even in Hawaii.

Behind the anxieties was a question: If public health officials are recommending that people turn their families into islands, shouldn’t actual islands do the same?

“I’m getting 30 to 40 emails a day telling me to close down the ferry,” said Rick Hughes, a county council member across the country in the San Juan Islands of northwestern Washington state, about 90 miles from King County, which has one of the most serious coronavirus outbreaks in the country. “It can’t be those people and our people.”

Closing down the ferry would mean cutting off residents from food supplies and cancer care and myriad other resources for which they leave their treasured isles to “go to America.”

Descending as it did during the islands’ cocoon-like winter months, the coronavirus has transformed outsiders from an economic lifeblood to an existential threat. On Shelter Island — about two hours and 45 minutes from Manhattan — New Yorkers quickly bought up groceries. In Hawaii, some residents of the Big Island worry that sickened vacationers will overwhelm their hospitals. And six months after it was slammed by Hurricane Dorian, tiny Ocracoke, N.C., on the Outer Banks, is closed to visitors, leaving inhabitants wondering how it will ever recover if the virus deprives it of a vital summer tourist season.

“With Dorian, we could feel sorry for ourselves and rely on others coming to our aid,” said Amy Howard, manager of the Village Craftsman, which sells jewelry, pottery and an array of other handicrafts. “With this blow, we are going to have to work things out ourselves. We’ve done it before. . . . We can’t pretend we’re self-sustaining, because we are not.”

“People who do not reside on the island full-time may not travel to the island due to the significant increase in risk associated with the transmission of COVID-19,” the Select Board announced in a March 15 order.

North Haven quickly tried to put its welcome mat back out front, making a plea instead for “people to refrain from traveling away from the places where they currently live,” according to a letter sent by Rick Lattimer, the town administrator, to Maine Gov. Janet Mills (D).

Their conundrum reflects the fragile nature of these hamlets, sitting on “a piece of global real estate,” said Rob Snyder, president of the Island Institute. The year-round population is aging — on average almost 15 years older than the U.S. population — making it particularly vulnerable to this virus. 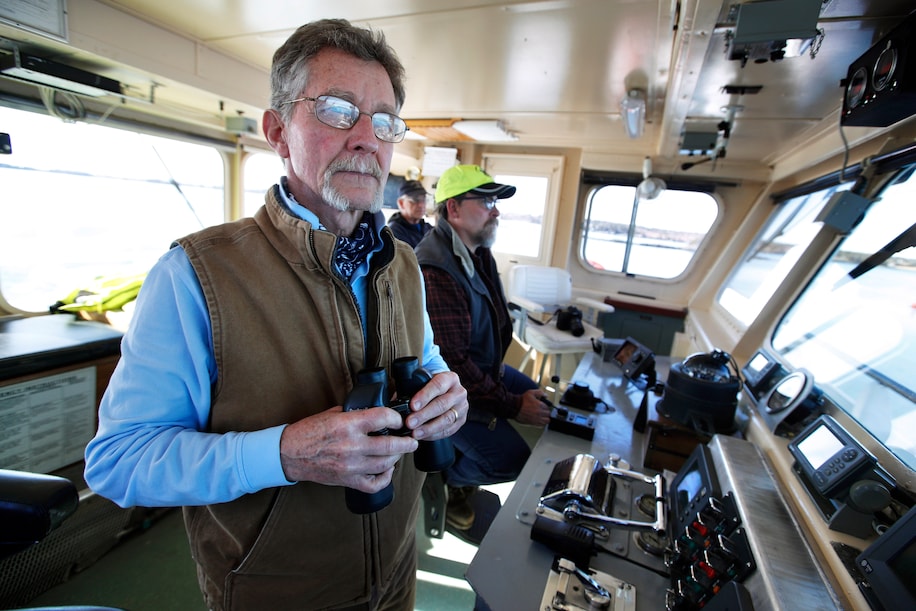