CHEBEAGUE ISLAND — For island selectwoman Donna Damon, the coronavirus started getting real a few days before Maine confirmed its first case. Her daughter lives in Massachusetts and had colleagues who’d potentially been exposed to the virus at a meeting of Biogen company personnel in Boston that’s been linked to most of that state’s early cases.

That got her thinking about worst-case scenarios for Chebeague, a year-round island town of 340 and a 15-minute ferry ride from Cousins Island, which is connected by bridge to mainland Yarmouth. “Some say we don’t have to worry because we can always get our food sent down (from Portland) on the Casco Bay Line boats,” she said Thursday, just hours before Maine’s first case was confirmed in Auburn, 30 miles away. “But what if the boats don’t run?”

Wednesday night, at her suggestion, the five-person select board took up the question of pandemic preparation. A preliminary assessment was reassuring – useful in itself. The 1,926-acre island – home to Maine’s youngest municipality, which broke off from Cumberland in 2007 – has four people qualified to operate the transfer station were operator Gail Jenkins to get sick. (“But nobody wants to do it!” Jenkins says with a laugh.)

The town rescue service – which with the help of the Cousins Island ferry and their counterparts in Yarmouth can get a patient to Maine Medical Center in 43 minutes – has a relatively deep roster of seven EMTs and a paramedic. And islanders – accustomed to stockpiling essentials, knowing where things come from, and looking out for one another – are probably better prepared than most of their mainland neighbors for a prolonged disruption of normal life.

“We all know how to do stuff, because everybody lives out here with the possibility of power outages and storms,” says resident Eliza Adams. “I think there are a lot of ways to be creative out here and keep things rolling” in the event ordinary travel on the shores and islands of Casco Bay grinds to a halt.

But islands are also vulnerable, the end of the line for supply chains of almost everything save live lobster, remote from emergency rooms, and ultimately dependent on the health and resilience of the ferry operators that get supplies in and people to and from jobs, grocery stores and appointments. Whether, in the event of a widespread outbreak, this turns out to be a net advantage or disadvantage is anyone’s guess.

“Islanders for generations have been finding creative solutions to being in a remote area, which will serve them well,” says Suzanne MacDonald, chief community development officer at the Island Institute, the Rockland nonprofit that works to support the state’s 15 year-round island communities. “But it’s really fragile because resource shortages can affect islands because they’re at the end of the line.” 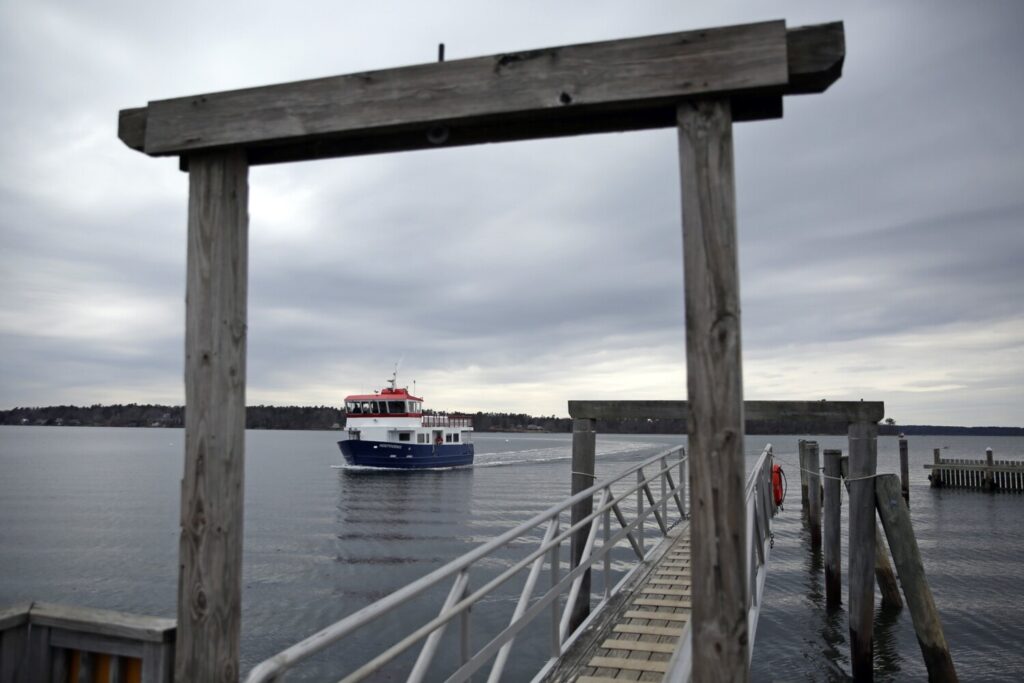