“Coming together is a beginning, keeping together is progress, working together is success,” according to Henry Ford. This sentiment could be the motto for a group of Roque Bluffs residents who saw a need and did something about it.

Washington County has seen a number of local towns come together in pursuit of lofty goals. Lubec with its $19.6 million breakwater is just one recent example. Lack of broadband access is another service local communities are committing to resolve more and more on their own. Recently Calais and Baileyville joined together to improve Internet access by way of fiber-optic lines, and now Roque Bluffs is on the cusp of doing the same thing for its roughly 300 residents. On January 30, it was announced that Roque Bluffs is one of three Maine coastal communities to receive funding through a U.S. Department of Agriculture (USDA) program.

The town will receive a $893,170 ReConnect Program grant to go towards the cost of constructing a fiber-optic network to connect households to broadband access. The projected cost for the project submitted by Axiom Technologies is $1,190,893. The town’s financial responsibility would be $297,723. In addition, the town received notification of a Connect ME grant of $50,000 being awarded, which will help defray the town’s portion.

“This process started back in the early winter of 2018 when many residents didn’t have Internet access for about two months,” says Lisa Hanscom. “There was a lot of anger and frustration in town.” Hanscom, who served 19 years as a selectman for Roque Bluffs, is credited by its broadband team and many in her community for keeping their goal out front and ensuring many residents knew about what they were trying to do. It was then placed into the hands of a broadband committee to begin working with the Island Institute and Axiom Technologies to make it happen. 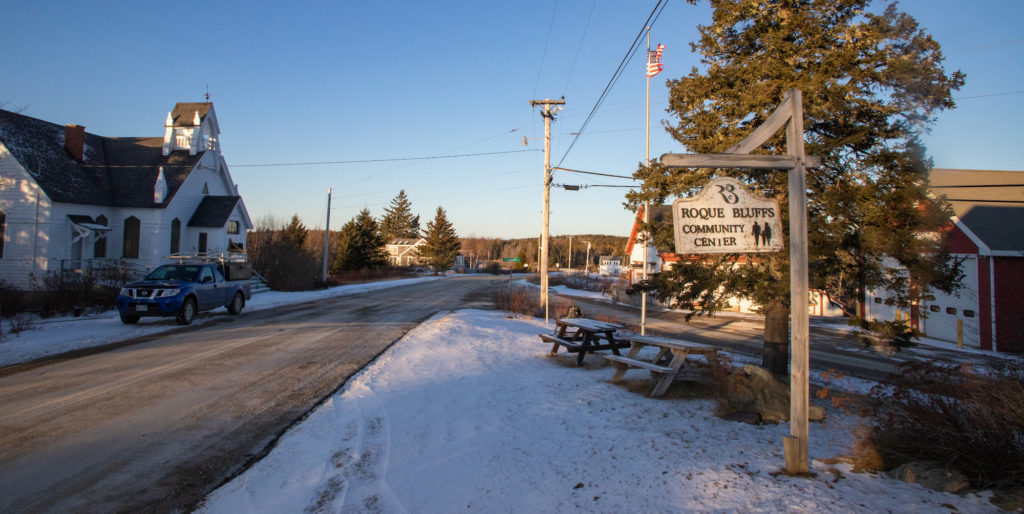