ISLESBORO — Marshall Cove Mussel Farm, owned by island residents Josh and Shey Conover, was the subject of a video released by the Maine Aquaculture Association Dec. 5, the second in a series of videos about its members the MAA is producing.

According to an MAA press release, “the videos tell the stories of aquatic farmers in Maine, underscoring how aquaculture complements existing marine industries and works to diversity and strengthen our coastal economy.”

The Conovers started Marshall Cove in 2016, Shey Conover said in an interview. She explained that it takes 18 to 24 months for mussels to grow from seed to the point where they can be harvested and sent to market. She said they expect to harvest around 200,000 pounds of the mollusks this year.

Josh has long enjoyed working on the water, she said, having fished for lobster since he was 10 years old. When the couple bought Islesboro Marine in 2013, he had been researching aquaculture at the same time that Shey was working at the Island Institute in Rockland helping other people start aquaculture businesses, she said. So getting into the business of farming mussels was a natural supplement to what they were already doing.

To get started in aquaculture, the Conovers took part in the Island Institute program that Shey had been working in, and secured two leases through the state — one of 6 acres and one of 4 acres — as well as going through the state licensing process. Shey now works full-time at the boatyard and the mussel farm, she said, and of the 10 boatyard employees, five also work on the mussel farm. 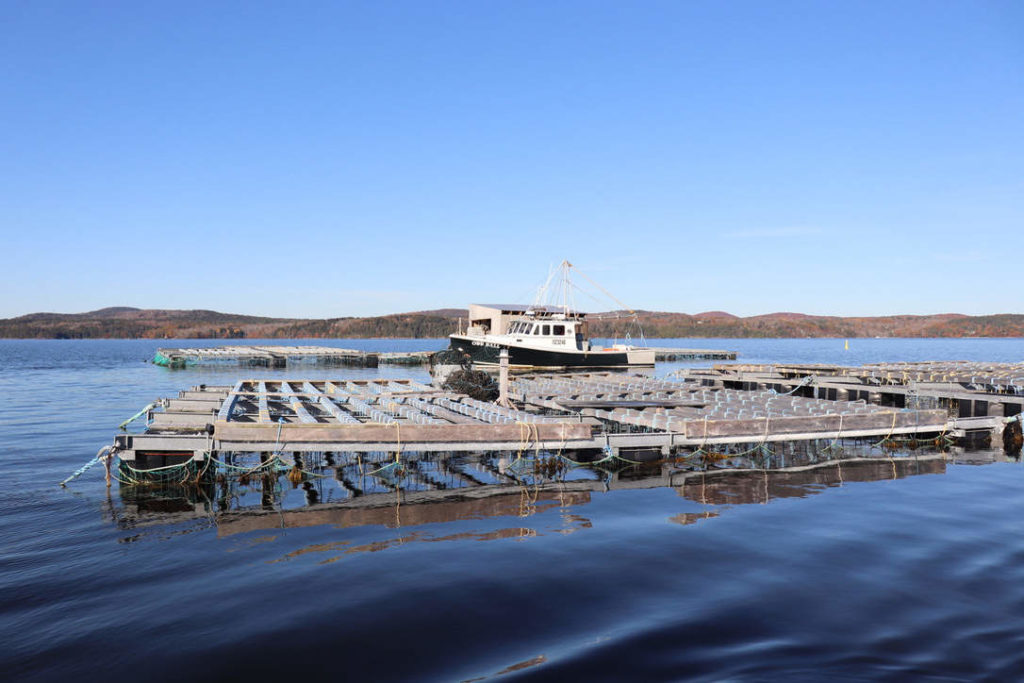