ROCKLAND, ME – The Island Institute announces the election of Vinalhaven resident Emily Lane as the new chairwoman of the board of trustees for the 36-year-old nonprofit community development organization. Based in Rockland, the Island Institute helps sustain island and coastal communities throughout the state by strengthening economies, enhancing education and leadership, and sharing solutions.

Emily Lane has built her career in seafood marketing on Vinalhaven Island. Although she didn’t initially plan to make a career of this work, she soon found out through living on an island with one of the largest lobster fleets in the state that such a role was needed. Over the years, Lane has earned respect in the lobster industry and has become an expert in international lobster marketing. Now, as the newly elected chairwoman of the Island Institute’s board of trustees, she is also the first islander to hold the post.

“I am delighted and honored to become the first island Chair of the Institute’s Board of Trustees,” says Lane. “As we define and refine our strategic framework for 2020-2025, we will continue to actively engage as a collaborative resource for island and coastal communities.”

Lane grew up in Wellesley, Mass., and earned a de­gree at the University of New Hampshire in English literature. After graduating college in 1970, she began a ca­reer in education and then settled on Vinalhaven to teach at the town’s school. “I really fell in love with the community,” she re­members, “and over the years, I became very deeply involved.” Lane took time off to raise twin sons, but it wasn’t long before locals recognized what is readily apparent today—she’s smart, focused on do­ing the work, and unconcerned with getting credit. In short, a leader who could effectively advocate for the fishing community and the challenges facing coastal communities.

Lane started her career in the seafood industry as the general manager of Claw Island Foods in the 1990s and has held sales and marketing positions at Portland Shellfish and Calendar Islands Maine Lobster Company and helped manage the Vinal­haven Fisherman’s Co-op. In January 2018, she joined the Luke’s Lobster Seafood Company team as their International Sales Manager.

“I was impressed with Luke’s vertically integrated approach to the industry and his inclusion of fisher­men,” she explains. “I was no stranger to the Holden family, as I had worked for Luke’s father, Jeff, for 10 years at Claw Island Foods.”

Lane first joined the Island Institute board in 2015. “I admired the leadership style of the Island Institute’s president Rob Snyder as well as his passion for sustaining Maine islands and the coast of Maine,” she says. “Under Rob, I think the Institute has continued to evolve into a first-class organization that is respected regionally, nationally, and internationally.”

Joe Higdon, who preceded Lane as board chair­man, has high praise for her. “As the first person to chair the trustees who lives on an island, she brings a lifetime of relevant experi­ence. She is a great listener and knows how to bring people together,” he said. “The chair has never been in better hands. I look for even greater things from the Island Institute under her leadership.”

Lane has clear views on the challenges Maine’s coast and islands face: “We need to develop solutions for addressing the impacts of sea level rise and climate change, provide tools for diversification of local economies, and foster community leadership through training and educa­tion,” she says. “As our coastal communities face an aging popu­lation and changes in traditional fisheries, it’s im­perative that we encourage our young people to become actively involved in the development and implemen­tation of viable solutions.” 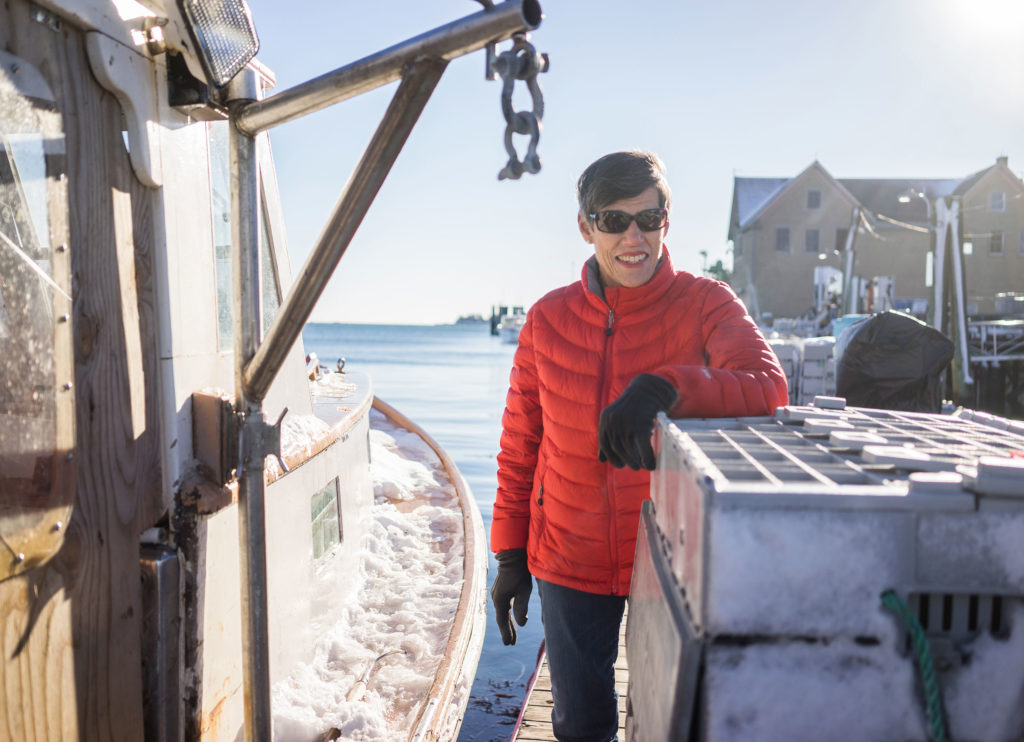