ISLESFORD, Maine (WABI) – “We started looking at it back in 2017. We contacted the College of the Atlantic and they did a feasibility study and it was definitely feasible.”

The project was the result of collaboration between government agencies, non-profits, and businesses.

One of those agencies was the Rural Development program of the USDA. Tim Hobbs is the state director for Rural Development. He spoke about the idea for the project spread. “It started a cycle of interest and building partnerships…quite quickly, over just a few months.”

“After seven years we’ll probably have another eighteen to twenty years of free electricity. And it’ll save the coop about $300,000 during that time.”

The event was well attended by people from both on and off the island.

“We feel a deep connection to the outer islands and are just so excited to see the lobsterman’s co-op go solar.”

Gary Friedman is the founder of A Climate to Thrive. A nonprofit dedicated to making MDI energy independent by 2030. They also supported new solar panels on MDI high school.

“The UN and even the US federal government tell us that we have until 2030 to turn climate change around and if we don’t there will be catastrophic consequences. To see 100% of their power come from the sun is just great it’s an inspiration.” 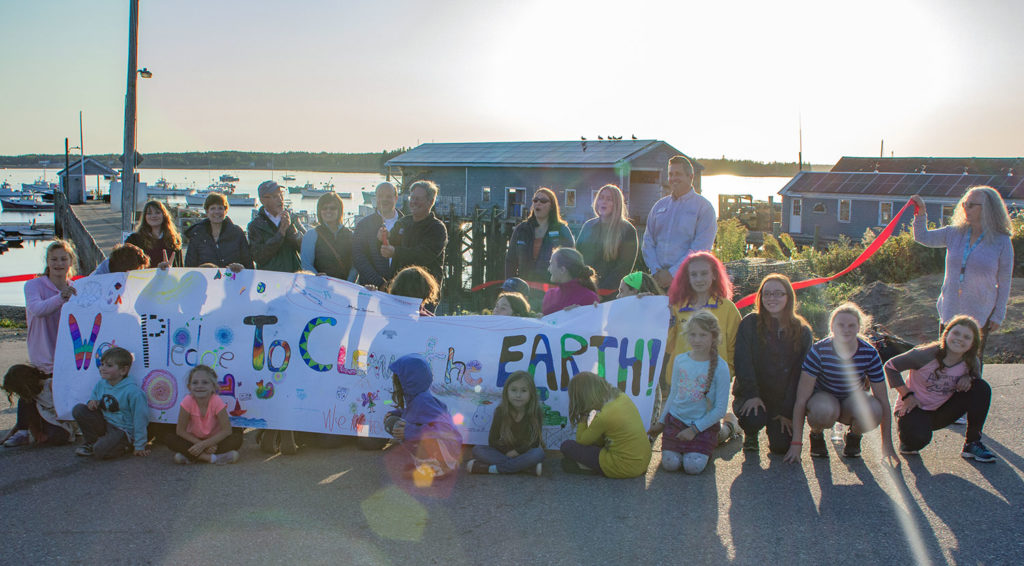