The opioid crisis is ever-present along the coast of Maine, though it can be hard for many to see or pay attention to, especially during the busy summer season when our towns, peninsulas and islands teem with visitors. Not so for Dr. Jeanne Lambrew, Maine’s newly appointed Commissioner of the Department of Health and Human Services (DHHS) who, along with Congresswoman Chellie Pingree, recently spent a hot summer day touring the medical centers and elder care facilities on the islands of North Haven and Vinalhaven. Commissioner Lambrew then facilitated a round table discussion with local leaders on a wide range of health and human services topics including the opioid crisis.

Why would the leader of DHHS, the largest government agency in the state, which provides services to 1 in 3 Mainers including children, families, the elderly, those with disabilities, mental illness and substance use disorders, take considerable time and logistical effort that an island visit requires? Because islands make the challenges to these complex and inter-related issues starker, clearer and easier to see. Vinalhaven’s response to the opioid crisis opens an instructive window.

The island has many of the hallmarks of communities that have been hit hard by the opioid crisis across the state and the nation. It is small, isolated, and rural, and it has a natural resource extraction-based economy—in our case, lobster fishing. In fact, the opioid overdose death rate is five times higher in individuals from fishing, farming, and forestry compared to other occupations. (2018 MA study). The Islands Community Medical Center on Vinalhaven has responded by increasing access to medically assisted treatment and counseling services and to a grass-roots, community-based nonprofit called Our Island CARES (Community-Addiction-Recovery-Education-Support) was formed three years ago. These are crucial supports that are making a difference, but there is still so much work to be done. Transportation issues with the ferry, the lack of affordable year-round housing and jobs, and entrenched bias and stigma against people with substance use disorder are among the many key issues that can and do directly interfere with islanders seeking long-term recovery.

And yet, progress—both in terms of access to treatment and breaking down the formidable logistical and cultural barriers to long term recovery—is being made, albeit slowly, on the island and across the state. Members of CARES were among the 1000+ attendees at the Opioid Summit in Augusta last month where some good news was shared. The state’s overdose death rate, while still tragically high, was down 14% in the first quarter of this year, thanks in large part to expanded access to Narcan, a medication that reverses overdoses. CARES recently partnered with medical providers on the island to host a Narcan training for community members.

Another bright spot for Vinalhaven is the pending arrival of an Island Fellow in September. The fellow will add capacity and assist CARES in implementing its recently developed strategic plan. Among many other things, the fellow will be tasked with attending meetings and tracking the progress of numerous committees doing work that relates to the prevention, education and recovery needs of the island, including transportation issues, affordable housing, and the groups working to start a community center to name only a few!

The connection between seemingly disparate issues is clearer on an island. Challenges that involve a ferry, including the ferry schedule itself, are an obvious part of island life and make it very easy to observe how important transportation access is to healthcare. This is equally true for small, isolated, rural mainland communities impacted by the opioid crisis. As state and federal policy makers craft solutions, it is worth looking to island communities to see how these issues are connected. One important consideration is making sure any solution is scaled to fit small rural communities. The opioid crisis, and substance use disorder more broadly, is a large problem in many small communities. These communities cannot be overlooked or left behind just because of their size or distance from population centers.

A separate blog post as well as a comprehensive resources document can be found here: 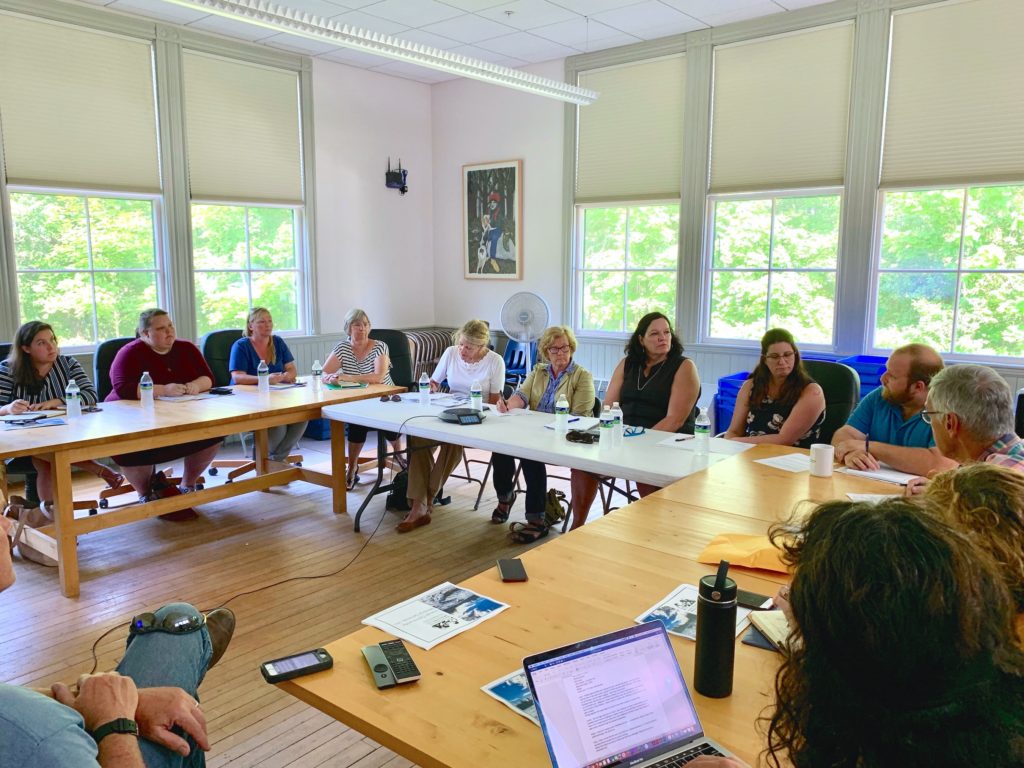