The first session of the 129th Legislature wrapped with a flurry of activity. This blog post captures a few of the important energy and climate change related outcomes for island and coastal communities.

Investing in electrification and growing the renewable energy sector today

There were a lot of changes to funding and programs that promote renewable energy and the Island Institute looks forward to helping those who live in rural Maine access these funds. Highlights include: a state goal to install 100,000 heat pumps and backing that with incentives from the Efficiency Maine Trust; the Governor invested $5.1 million in Electric Vehicle charging stations EV rebates; Beneficial electrification in order to allow renewable electricity to offset the use of fossil fuels more broadly will be taken up by the Public Utilities Commission; and a reduction in barriers to growing the solar industry.

The state recommitted to strong carbon emission reduction goals—an 80% reduction in gross CO2 emissions by 2050 with intermediate guide posts to make sure this goal will be achieved. This legislation establishes the Maine Climate Council, a cross-functional group of state officials and stakeholder representatives that is charged with developing action plans to meet this goal. DEP has rulemaking authority to ensure the goals are met.

In addition to providing clear goals and establishing a structure to meet those goals, the legislation also recognizes that different sectors of the economy have different abilities and timeframes for making significant emissions reductions. Supporting the sectors of the economy that face the biggest barriers to emissions reductions—specifically highlighting strategies to support the State’s rural communities—and considering the technical feasibility of different strategies for reducing greenhouse gas emissions, all help ensure that fishermen and others who make their living off of the state’s natural resources are not unintentionally impacted by this work.

The Council itself includes the Commissioner of Marine Resources and one member appointed by the Governor to represent marine fisheries. Much of the work of developing these plans will be in the hands of various work groups and will be informed by the best science available. The scope of this Councils has a high degree of alignment with the work of the Island Institute and the opportunity to share, leverage, or support work already happening in island and coastal communities means that you will probably hear more about this council as it develops.

Offshore Wind is Back

Governor Mills announced that the state is going to be more focused on offshore wind. Any offshore wind project further than three miles off the coast—whether coming as a result of a BOEM (Bureau of Ocean Energy Management)-state task force identifying a wind energy area or an unsolicited application like the project Statoil proposed off of Boothbay in 2011—will be subject to a complex federal-state regulatory process. In cooperation with federal agencies, New England states developed a regional ocean plan that provides important contextual information about where and how different kinds of uses appear in the offshore environment. The information in the plan and the data portal offers New England states, regional organizations, and federal partners the ability to coordinate and collaborate on regional approaches that support balanced uses and conservation of our ocean and coastal resources. and the Island Institute developed a short animated video to help fishermen and Maine’s coastal communities use the plan.

This announcement also coincided with the passage of a bill to direct the PUC to approve a contract for Maine Aqua Ventus (MAV), the proposed floating offshore wind project located near Monhegan. Most importantly, this direction did not include reopening the Community Benefit Agreement option that can help fund the building of broadband infrastructure on Monhegan. The early phases of the negotiations between the community and MAV, as well as some broader recommendations for how developers can engage in a meaningful conversation with impacted communities, are documented in this 2017 paper published in Energy Research and Social Science. Additional resources, including a video about an exchange trip between community members on Monhegan and their counterparts on Block Island, can be found here. 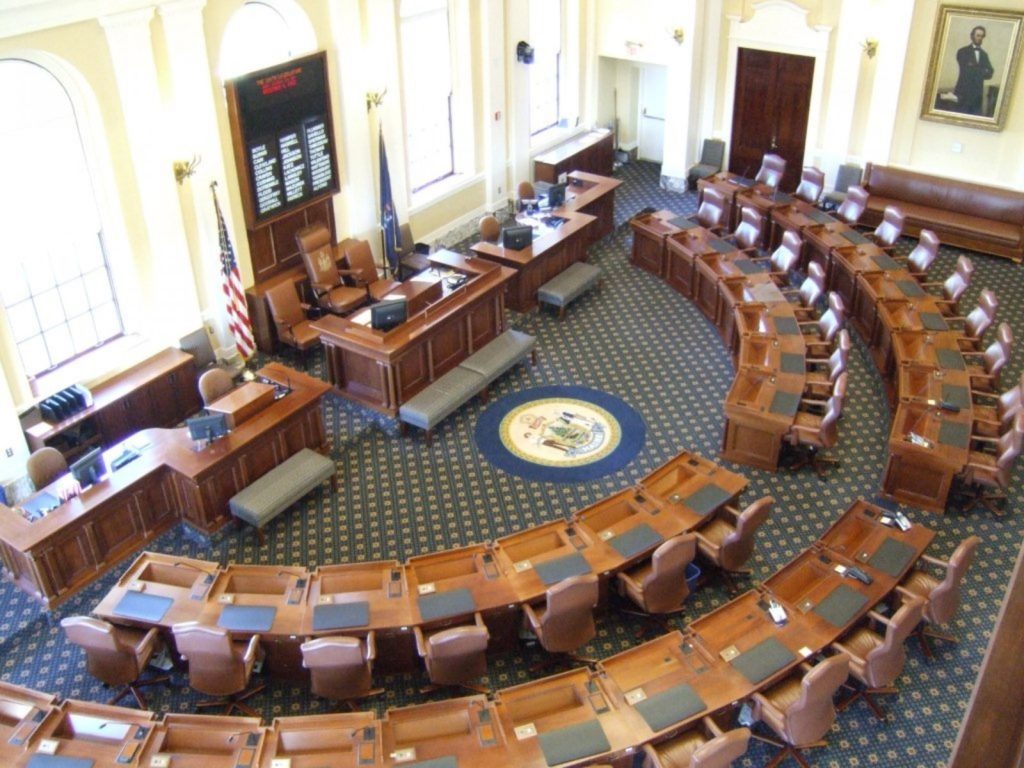