Much has been written about why Maine needs to expand access to broadband—from this article in The Working Waterfront that highlights how Roque Bluffs is moving forward, to our winter policy update that provided highlights from testimony before Maine’s Committee On Appropriations and Financial Affairs on bonds to fund broadband infrastructure, to the Maine Development Foundation’s report, Making Maine Work, which highlights the importance of expanding access to broadband. However, less has been written about where the state has made investments and where they are likely to be made.

A recent Portland Press Herald editorial about the need for state funding to help bring broadband to rural parts of the state hits the proverbial nail on the head. The geography of rural Maine coupled with low population densities directly impacts the willingness of businesses to make investments in infrastructure that is critical to the future of Maine’s rural communities.

“Getting high-speed internet the “last mile” from an established network to an area that doesn’t have it yet is expensive and thus requires enough potential customers to make it worthwhile. In places where that calculus doesn’t work out for an internet provider, they simply don’t extend the line.” – Portland Press Herald

The ConnectME Authority provides a public subsidy to help defray the cost of building this infrastructure in places where private businesses were not going to build out to on their own. Over the last five years, ConnectME funded 32 infrastructure projects, providing a total subsidy of $2.8 million. This public investment was matched by $3.5 million in other, mostly private, funds. The total investment $6.4 million meant that a little over 3,000 premises went from having little internet access to having access to broadband.

These funds built infrastructure in more than 40 communities, ranging from Otisfield and Harrrison, Presque Isle and Chapman, Gray and New Gloucester, to Madawaska, Mount Desert, Waldoboro, and Cornish. This funding went to parts of the state with internet speeds no faster than what I had growing up in Falmouth in the late 1990s.

Even though 3,000 premises gained access to fast internet, ConnectME denied another 62 projects for lack of funding. These projects would have connected over 6,600 additional premises. Another 75 communities like Alna, Sweden, Wayne, and Lamoine, missed out on funding. Many of these applications can be seen as indications that an ISP is looking to expand their network and customer base in a certain area—and might provide insight into where broadband expansion might happen if more funds were available.

Another way to look at where these funds are likely to go is through an assessment of community readiness and whether a community has received a planning grant or has an established broadband committee. Ultimately, community interest and support can help increase the “take rates,” or the number of customers per mile who take service. Planning grants can also help the town become sufficiently knowledgeable about the project, costs, risks, and benefits, and allow the community to make an informed decision about whether to financially support the project. Both increasing the take rates and providing some sort of subsidy to the infrastructure build can structurally change the economics of a project, making them more favorable.

Much of Western Maine—from Oxford County through Franklin and parts of Somerset—has gone through some planning process at the community or regional level. Planning grants have also gone to northern Aroostook County and parts of Penobscot County, both north and west of Bangor. Planning for broadband isn’t limited to inland Maine though—Lincoln County just started a planning effort, and at the Island Institute, we are most familiar with the approximately 40 coastal communities from Casco Bay to Lubec that are moving forward with broadband.

Maine’s rural communities are taking the necessary steps to plan for broadband. With a good roadmap to follow, it is now time for the state legislature to make this a priority and provide a significant statewide investment in broadband. 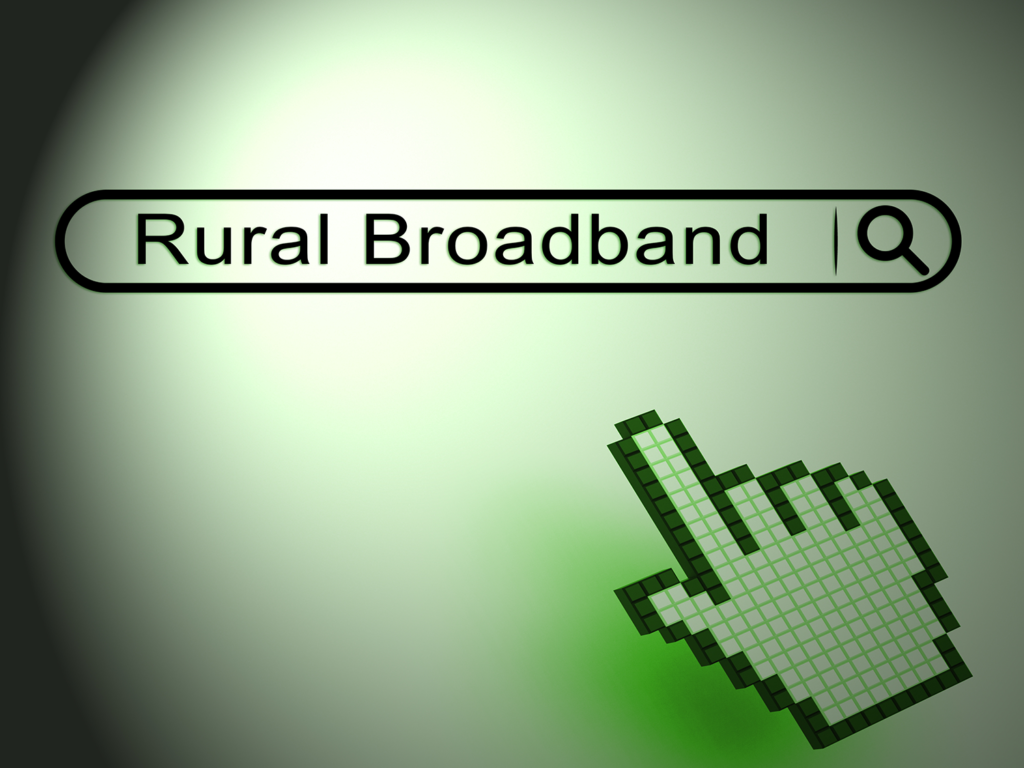