It was a sharp, windy March day, but the gray water of Casco Bay glimmered green in the sun. On his lobster boat, the Pull N’ Pray, Justin Papkee scanned the surface of the ocean, searching for his buoys. But he wasn’t looking for lobster traps.

Mr. Papkee was farming, not fishing: His crop, clinging to ropes beneath the cold waves, was seaweed, thousands of pounds of brownish kelp undulating under the surface. Growing at a rate of 4 to 6 inches per day for the past six months, it was nearly ready to be harvested and sent to restaurants like Blue Hill at Stone Barns, Estela, Houseman, Saint Julivert Fisherie and Luke’s Lobster in New York, and Honey Paw, Chaval and the Purple House here in Maine.

He pulled a blade of kelp from his line and handed me a long, translucent strip. I took a bite, and then another, seawater running down my chin.

I’d eaten plenty of seaweed salads at Japanese and vegan restaurants, but this was not that. A variety called skinny kelp, it was lightly salty and profoundly savory, with a flavor like ice-cold oyster liquor, and a crisp, snappy texture somewhere between stewed collard greens and al dente fettuccine. The chef Brooks Headley, who adds it in slippery slivers to the barbecued carrots he serves at Superiority Burger in New York, described it in an email as “insanely delicious and texturally incredible.”

It was as different from the usual sushi bar seaweed salad as cottony, out-of-season peaches are from juicy, ripe ones from the farmers’ market: a wan substitute for what should be delectable.

Harvesting wild kelp is ancient, but farming it is relatively new in the United States; it’s the main variety of seaweed being cultivated here. The technology was imported from Asia and adopted here by a group of ecologically minded entrepreneurs who view seaweed as the food crop of the future. Kelp is nutritionally dense (it’s loaded with potassium, iron, calcium, fiber, iodine and a bevy of vitamins); it actively benefits ocean health by mitigating excess carbon dioxide and nitrogen; and can provide needed income to small fisheries threatened by climate change and overfishing.

“Kelp is a superhero of seaweed,” said Susie Arnold, a marine scientist at the Island Institute in Rockland, Me. “It de-acidifies the ocean by removing nitrogen, phosphorus and carbon dioxide, which we have too much of.” 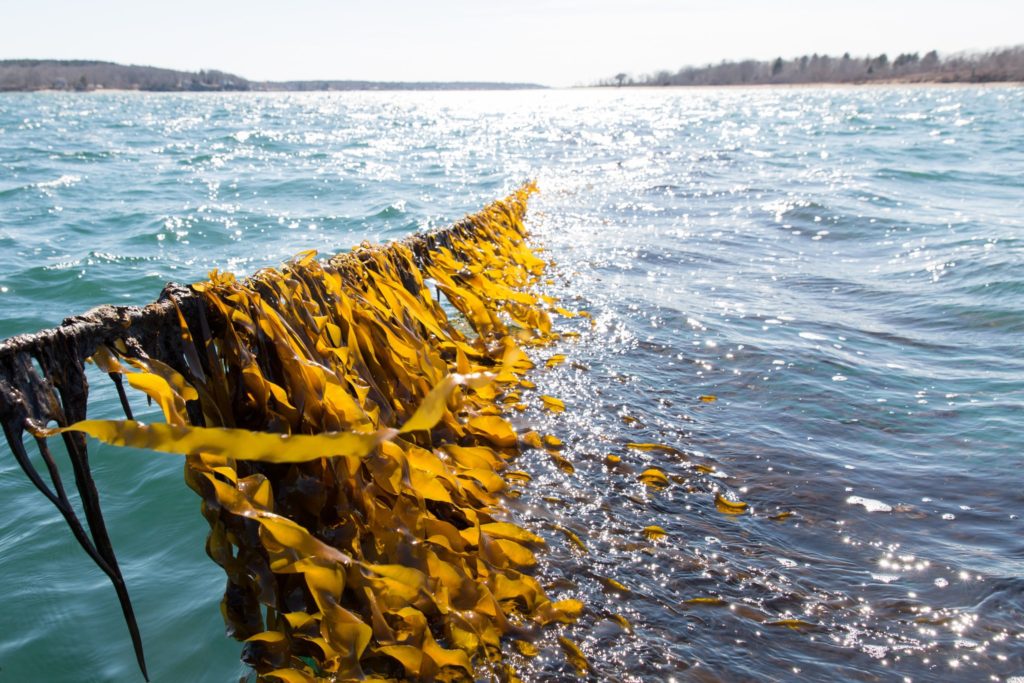