The report also shows that employment in the 30 coastal and island communities in Maine with the lowest incomes are almost five times as likely to be dominated by fishing, farming and forestry as by any other field.

The Island Institute’s 2018 edition of “Waypoints: Livelihoods on Maine’s Coast and Islands” is a first-time look at a range of coastal community employment indicators, according to the Rockland-based nonprofit. Data from 105 coastal communities and 15 “unbridged,” year-round islands was analyzed by the institute’s research team and presented through maps and infographics.

The first edition of Waypoints, published in 2017, highlighted economic, community and environmental indicators. The second edition is dedicated to quantifying the way coastal Mainers make a living and presents new data regarding income levels, self-employment, impacts of fisheries, and seasonality of the labor force.

Telling the story of coastal and island communities

Suzanne MacDonald, Island Institute’s senior community development officer, told Mainebiz in a phone interview that the nonprofit’s goal for the publication is to serve as a bridge between researchers and leaders in the community and industries.

“Some of this information has already been collected,” she said. “This makes it more accessible to more people.”

MacDonald said that some highlights that stand out is the “extraordinarily high percentage of people who are self-employed along coast and on the islands,” as compared with the rest of the state and the country. The institute also sees a higher dependence on “resource-extraction” income — mainly fishing, farming and forestry — along the coast, compared with the rest of Maine.

The report also identifies how the economy changes in different parts of the coast.

“We have a very different economy along the coast from Portland south as opposed to Portland east, and this helps pull that apart,” she said. 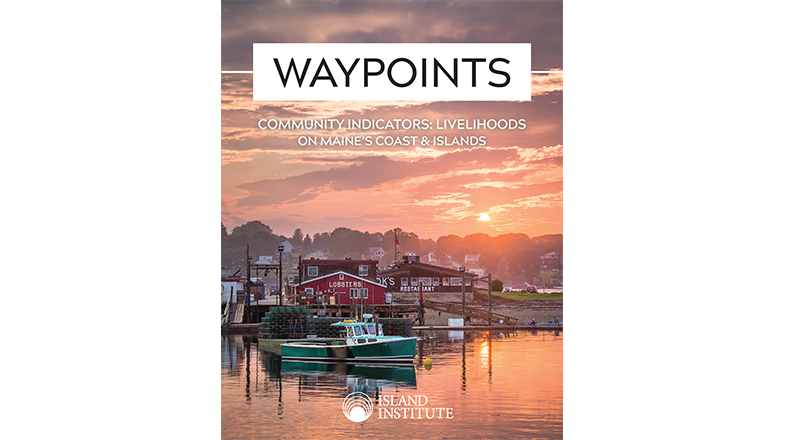 The 2018 Waypoints report finds that self-employed