The town of Cranberry Isles has received a $1.3 million grant from the U.S. Department of Agriculture’s Rural Development Community Connect Grant Program for construction of its broadband network.

With that support, what was once a community-funded project will now be funded by the USDA grant.

The grant will cover most of the cost of the project involving three of the municipality’s five islands — Islesford and Great Cranberry Island as well as seasonal homes on Sutton Island. Axiom Technologies of Machias is building the network under a contract with the town.

So far, access to the network has been provided to all of Islesford’s year-round residents. Completion of the network on Great Cranberry and Sutton Island is expected by the middle of June.

“The Cranberry Isles will now have the same quality internet as New York City,” said Mark Ouellette, COO of Axiom Technologies, a partner in the broadband project. “That’s the kind of internet we’re talking about; that’s how to move communities forward.”

The town’s $1.2 million investment in broadband infrastructure was a multi-year process to bring to connect the three island communities with internet speeds that exceed 100/100 mpbs (download/upload megabits per second speeds). In February, the first resident on Little Cranberry Island (Islesford) was connected with broadband. Today, Islesford is 100% connected through its new fiber-wireless network, allowing any resident that signs up for the service to access internet speeds on par with major metropolitan cities.

Phase 1 of the project to connect Islesford is now complete, and the second phase will connect Sutton and Great Cranberry Islands by the end of the summer, according to a news release from The Island Institute.

Community-driven solution, not just for islands

The Island Institute is currently supporting 38 communities to help bring better broadband to the coast of Maine through a community-based model that includes feasibility studies, island broadband working groups, negotiations with providers, and conferences.

The Rockland-based organization reports that in the past few years, island and coastal community members all along Maine’s coastline have been sharing stories of struggling with inadequate internet service. Lacking reliable and fast internet access, many of these islands have identified access to broadband as an essential tool for encouraging economic growth and attracting year-round residents.

In rural and coastal communities that have invested in broadband, studies have shown that common themes have emerged:

“Closing the digital divide by connecting all of Maine with broadband infrastructure is one of the few economic development challenges facing Maine that we both know how to, and can actually, solve in the next 10 years,” said Stephenie MacLagan, community development officer at The Island Institute. “Success means ensuring that Maine communities have internet speeds at or above the national average by 2025.” 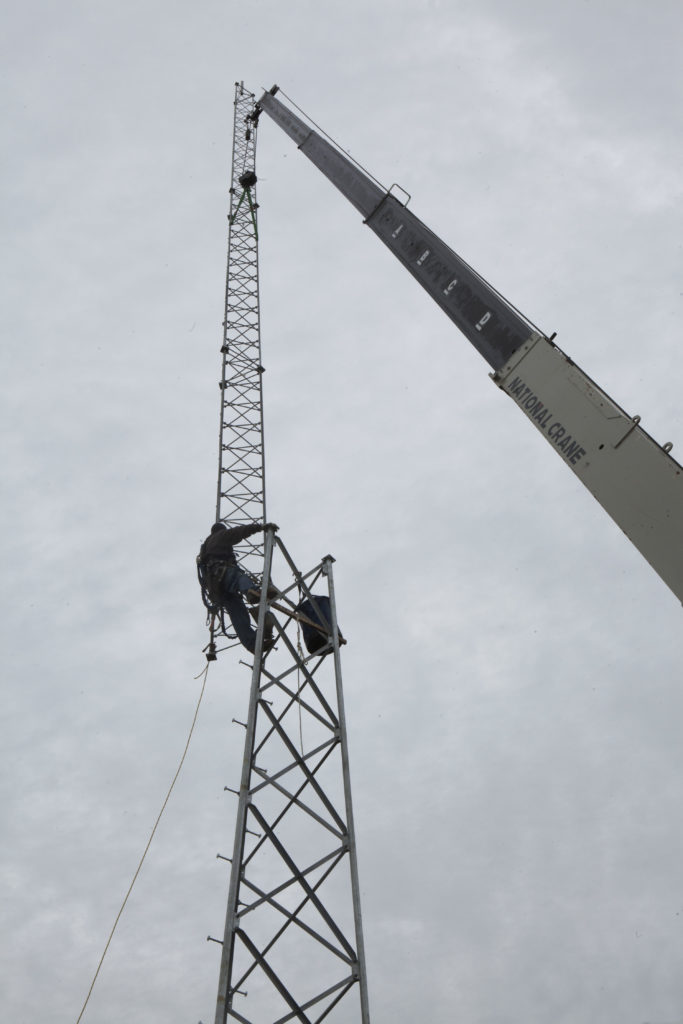 Installation of a broadband tower in the Cranberry Islands. The town of Cranberry Isles received at $1.3 million grant from the U.S. Department of Agriculture's Rural Development Community Connect Grant Program to pay for its improved broadband network that provides speeds equal to New York City.