The water off Maine’s coast is becoming more and more acidic. It’s been shown to have a negative impact on some of the state’s fisheries.

Scientists say they’ve known about this problem for a few years and now may have found a solution in Casco Bay.

Scientists from Bigelow Laboratory for Ocean Sciences and the Island Institute have been gathering data from the water surrounding a kelp farm in Casco Bay, every couple of weeks for the last few years.

Susie Arnold is a marine scientist with the Island Institute in Rockland. She says there is too much carbon dioxide in the atmosphere and the ocean absorbs about a quarter to a third of it.

“The carbon dioxide is causing the PH of the ocean to decrease which is an increase in its acidity,” says Arnold.

Scientists say the acidity reduces the ability for shellfish to make their protective shells.

Seaweed may be the solution.

“It’s like planting an ocean forest to do the same sort of carbon mitigation that a rainforest might do on land,” says Nichole Price, Senior Research Scientist at the Bigelow Laboratory for Ocean Sciences.

“If you think about how important forests are for air quality you can think about it the same way in the ocean you’ve got these wild kelp forests photosynthesizing improving water chemistry,” says Arnold.

This ongoing project is funded by the National Oceanic and Atmospheric Administration. It is looking at the therapeutic quality kelp may have on sea water. If it can change the chemistry of water in a jar in the lab, can it do the same thing in the ocean? So far the answer appears to be, yes.

For the kelp to have this positive impact however, it must be grown near the shellfish. 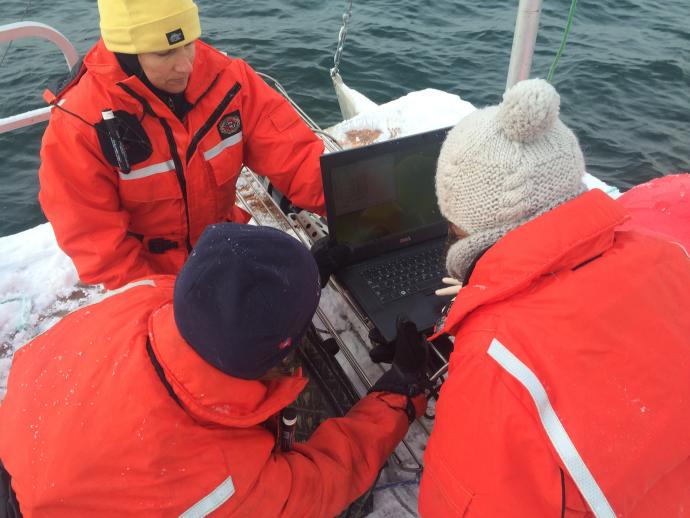