Tollef Olson always had a thing for the sea. As a young man, he hunted for treasure on centuries-old shipwrecks, worked as a commercial fisherman in Florida and an urchin diver in Maine.

He has started and sold a variety of businesses, including Aqua Farms LLC (producer of Bangs Island Mussels) and Ocean Approved.

In 2016, he co-founded Ocean’s Balance, which a year ago started producing a Kelp Puree made from wild seaweed harvested by Olson. Buyers include grocery stores, institutions and restaurants.

“We did a slow build-up, because it was product the market had never seen before,” Olson says. “Now we’re working on expansion.”

He plans to expand and is looking for a new commercial facility where he can develop other products.

Ocean’s Balance is part of a wave of companies coming up with seaweed products aimed at health-conscious consumers.

Seaweed-based products are making inroads on health-food aisles not only at co-ops and Whole Foods, but with a wider network of supermarkets and big-box stores. Products like Annie Chun’s Roasted Seaweed Snacks and SeaSnax & Seaweed Chips and related products are sold in Whole Foods but also Walmart. Hancock-based Maine Coast Sea Vegetables sells a variety of products by seaweed type: Dulse, Nori, Alaria, as well as snack-bar like products like Kelp Krunch — again, sold through a wide range of retailers — with products ranging from $7.50 for a two-ounce bag of Dulse to $1.95 for a Kelp Krunch bar.

Seaweed is used in food products, pharmaceuticals, animal feed and soil additives. The U.S. market is estimated at $10.31 billion in 2015, according to San Francisco-based Grand View Research.

Companies like Cargill and DuPont are major buyers of seaweed — in particular, for the ingredient carrageenan, which is used for a thickening agent in ice cream, yogurt, protein drinks and other products. DuPont recently acquired FMC Corp. and its Rockland seaweed processing plant, which produces carrageenan.

“The problem is, you can grow seaweed but then have nowhere to sell it,” she says. “So we need to work on the demand side. And developing more products desirable to average consumers and helping companies to scale production and get product into stores and restaurants, so that there will be more buyers, is key to the seaweed supply chain.” 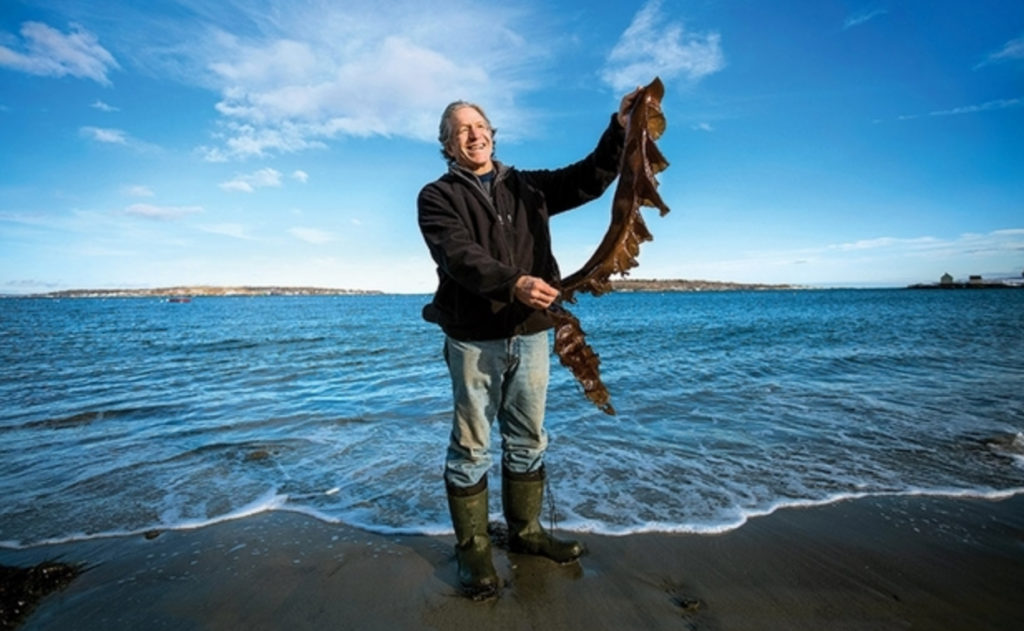