What makes a good story? There is a beginning, a middle, and an end, with a hero/heroine, a villain, a group of supporting characters, and some sort of challenge or conflict that’s to be overcome. Throw in a little drama, and you’ve got a story – classic Hollywood, right? But what about real-life stories here at home? Can real-life stories be just as exciting and is there any power in sharing these everyday stories to a larger audience?

To tackle such a question, a team of four people from the College of the Atlantic, Island Institute, and Maine Sea Grant developed a 10-week course focused on how Maine’s remote coastal and island communities live in relationship to the ocean. By collecting oral histories, the team hoped that this information would help give island and coastal communities a stronger voice in ocean policy and decision-making processes affecting nearby ocean waters.

Island and coastal communities’ strong connection to the nearby waters is defined by everyday uses such as fishing, as well as deeper historical relationships rooted in generations of people engaging in maritime activity over centuries, passing traditions down from generation to generation. Our hope was that students would be able to capture these stories through interviews and oral histories, and help give communities a stronger voice in current ocean policy and decision-making processes.

A class of 14 students worked in teams to produce geo-referenced stories about a particular place in the ocean that has meaning and an emotional connection to an island or coastal community, and tell them in an interesting and compelling way. Student teams worked in Winter Harbor, Southwest Harbor, and Islesford and learned a great deal about the many challenges these communities are faced with; some of which include changing fisheries and fishing patterns, increases in recreational boating activity and cruise ship traffic, and the ever-present challenge of an unpredictable changing climate.

These communities are small – about 123 people on the Cranberry Isles, 425 in Winter Harbor, and about 2,500 in Southwest Harbor. There are 150 lobstermen in these three communities, and they land about $23 million worth of lobster. If these communities were all in one port, it would be considered one of the top 50 ports in the country! So, it’s clear that fishing and having access to a healthy ocean is the backbone of these communities. If a large development were to happen and restrict access in the waters they rely on for their livelihoods, they would be in trouble.

Despite looming finals, a group of five students attended the November 2017 Regional Planning Body (RPB) Workshop held at the University of New Hampshire and had the opportunity to present their work to RPB members and attendees of the workshop. The students meticulously sifted through hours of recorded audio they had collected from fishermen over the fall, finding just the right information to share. Their presentation consisted of audio recordings from fishermen as well as GIS maps and photos they had generated and collected over the 10-week course. Their hard work paid off, and they received a lot of positive feedback. A number of people spoke with me after the presentation and mentioned how impressed they were with the students’ work.

A map students created using data collected from interviews from fishermen and their families.

The students should be proud of what they accomplished in a very short timeframe. They were able to capture oral histories and reflect on the living history in these communities. The fishermen’s stories gathered from this project are key to us understanding the complexity of issues in the lobster industry and how they impact the way of life in communities such as Winter Harbor, Southwest Harbor, and Islesford.

There is an urgency for scientists and policymakers to work alongside fishermen and co-create policies that protect fishermen’s livelihoods and their families, while also addressing social, economic, and environmental concerns. Using methods developed from this course may be one way to bridge the communication gap between scientists, policymakers, and fishermen. The project team is currently working to develop a national model for capturing complex and authentic interactions between coastal communities and specific places in the ocean that change how communities are able to represent themselves in decision-making processes.

Jeff Alley on uncertainty and rising costs in the industry

Other articles and work 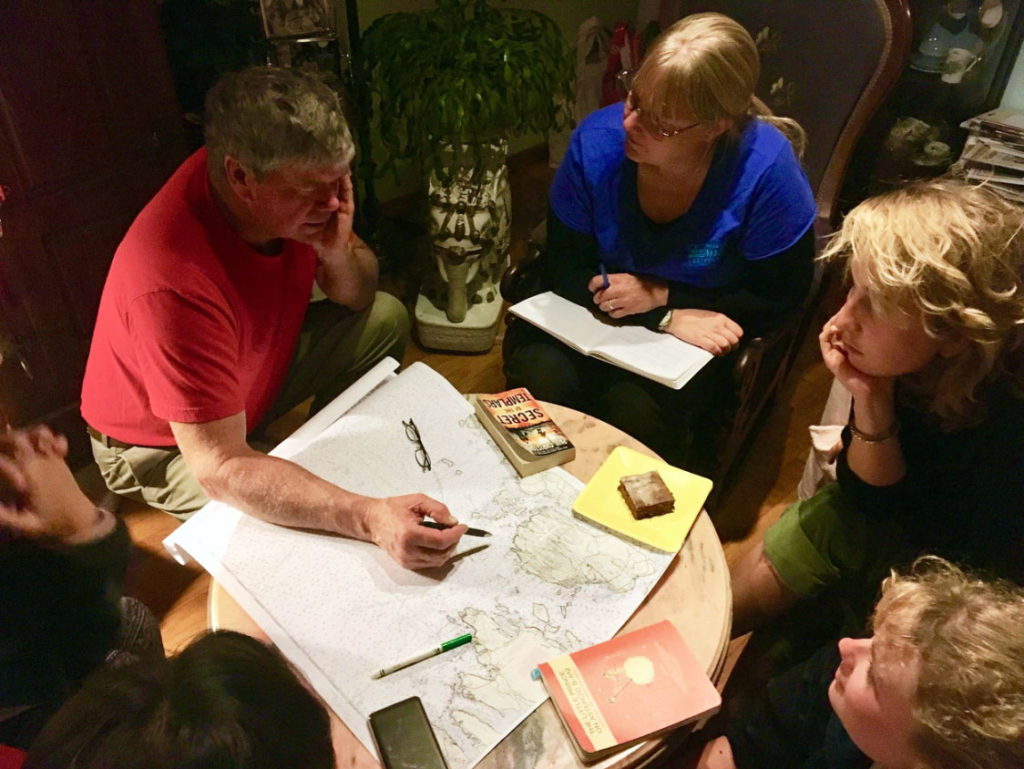 Students meet with fishermen on Islesford to start the initial interviewing process.