As Tollef Olsen throws a white buoy labeled “SEAFARM” into Portland, Maine’s Casco Bay on a cold, clear November day, he reminisces about talking to the Maine Sea Coast Vegetables founder Shep Erhart back in the early 1980s.

During this conversation, the two discussed the environmental benefits of farming seaweed.

Olsen recites: “No land, no fresh water, no fertilizer, no pesticides [used]…it also sequesters carbon.” But the big question was always, would people actually eat it? “Erhart would say, ‘There’s just not enough of a market.’ Now, he’s like, ‘Yup, it’s time. It’s working.’”

The buoy is one visible sign of that shift. It marks the coordinates of a corner of a new four-acre plot of ocean that Olsen will soon seed with sugar kelp, as part of his rapidly expanding farming operations that supply Ocean’s Balance, an edible seaweed company he co-founded with Mitchell Lench and Lisa Scali.

Ocean’s Balance, which started selling a kelp puree in January 2017, was recently picked up by four new distributors, and the number of stores carrying the product has increased 40 percent in six months. And that expansion is happening alongside other seaweed producers and sellers in the state. The U.S. Department of Agriculture (USDA) has awarded numerous grants to Maine seaweed producers like VitaminSea and Maine Fresh Sea Farms over the past several years.

In October, the U.S. Department of Energy gave the University of New England (UNE) a $1.3 million grant to support its seaweed farming research. Maine’s Island Institute is also training an increasing number of entrepreneurs in seaweed aquaculture every year.

The growth has been partially driven by consumer demand. While seaweed has long been farmed and eaten as a dietary staple in Asia, it might finally be catching on in the U.S, particularly among health-conscious consumers, with seaweed being mentioned as a top health-food trends this year by  Today.com, MarketWatch, and Whole Foods.

Proponents say rather than importing nori sheets from around the world, American food producers should be meeting demand at home in order to reap and further the benefits Olsen enumerated, especially at a time when wild kelp is disappearing due to rising temperatures. Planting more seaweed is one potential way to help reverse that trend, while providing a nutrient-dense, low-footprint food for a growing global population,

While there are now seaweed farms in in Mexico, California, Alaska, and Connecticut, Maine in particular is stepping up to position itself as the sea vegetable state.

Most of the people already working that coastline are lobstermen, and the lobster industry is booming. “Last year was a record year, but there are concerns that with any natural resource economy, you don’t want to be too dependent on one thing,” says James Crimp, a marine business specialist at the Island Institute. To address that, the Institute created an aquaculture business development program to encourage shellfish and seaweed farming, which has since put two seaweed farmers into business and is currently training five more. 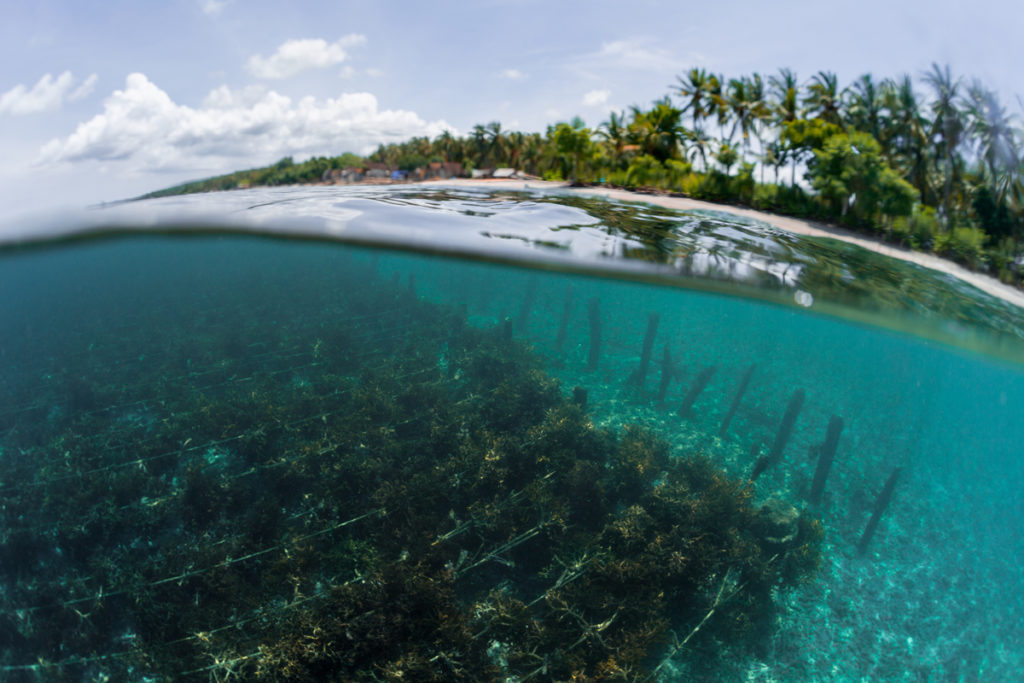