Islanders from Michigan, Ohio, Wisconsin, and Canada stood at the bow of the Emerald Isle Ferry as it made the two hour crossing from Charlevoix to Beaver Island. The islanders, participants in the first Great Lakes Islands Summit held at the Central Michigan University Biological Station September 20-22, were naturally curious about other island communities.

How does your island run their ferry service? What does your school do for sports? How many people live in the community in the middle of January? How do you attract a qualified workforce? How do you get them to stay?

As my co-worker Karen and I stood at the rail watching Beaver Island grow from a blue smudge on the horizon into a sandy shoreline and scanning Lake Michigan for harbor porpoise and seals out of habit, we listened to the very same questions we hear grappled with in Maine.

How do you keep energy affordable? How do you get services to the island? How do you encourage a diverse and thriving economy?

Some interesting facts we learned about the Great Lakes island communities:

I didn’t know any of these things before I arrived on Beaver Island. I learned these facts during the introductions on the very first morning. From there we started to talk about shared challenges and the thing each island community does better than anyone else — the thing we could learn from and take back to our own region.

Groups share island issues and ideas during the summit

The natural curiosity and questions continued through the two days of the conference, and have now moved into conference calls and emails back and forth. Islanders are connecting and sharing strategies for success, and we’re all thinking about how to sustain the power of sharing solutions across geographic barriers and vast stretches of water, both freshwater and saltwater — and with and without sharks. 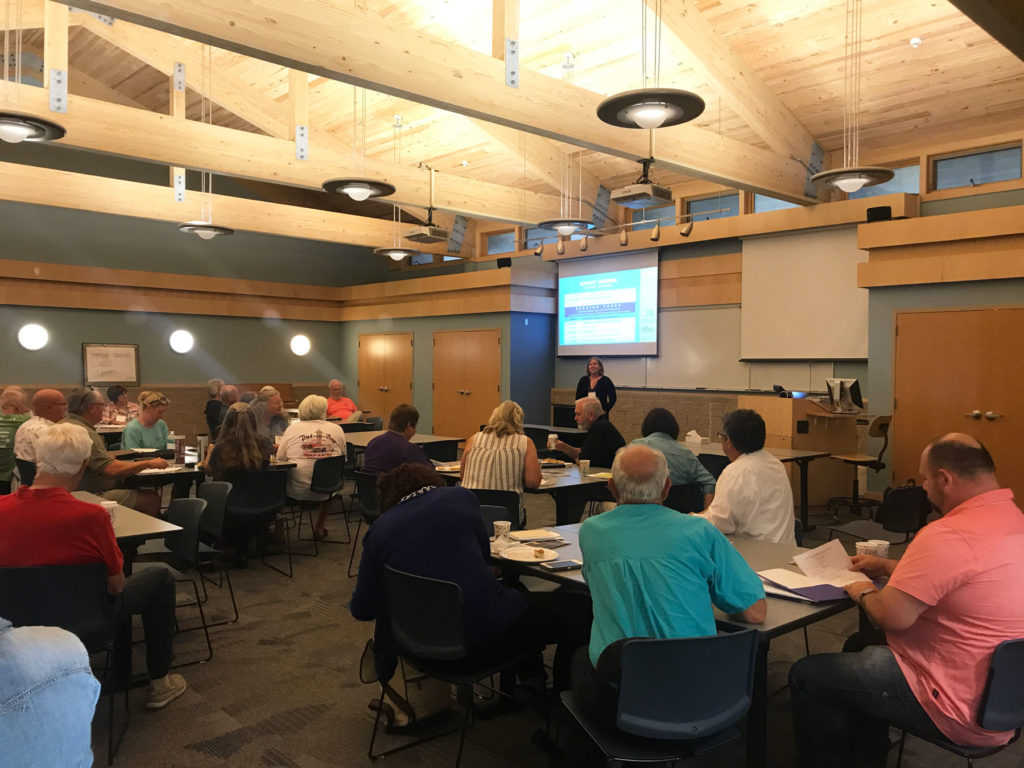