Gov. Paul LePage was on Capitol Hill on Thursday to testify against a House bill designed to support working waterfronts.

HR 1176 is sponsored by Democratic U.S. Rep. Chellie Pingree of Maine’s 1st District, but LePage takes issue with the role the federal government would play.

First, it authorizes the National Oceanic and Atmospheric Administration to establish a federal grant program that would provide matching funds to states to support waterfront enterprises such as fishing, aquaculture, boat building and other water-dependent businesses.

The other part of the bill creates a Working Waterfront Task Force under the Department of the Interior to work on an array of issues facing waterfront communities, from cultural and economic challenges to climate change and environmental issues.

“There’s no reason why the Secretary of the Interior should have a role in this program,” LePage said.

Rather, he said if the bill is approved, it should put the Department of Commerce in charge of any task force that could affect industry, and not the Interior Department, which he said has competing interests.

It’s a sentiment shared by subcommittee member Republican Rep. Paul Gosar of Arizona, who took the opportunity to commiserate with LePage over the establishment of the Katahdin Woods and Waters National Monument, while praising the Trump administration’s efforts to “streamline” itself and reassess its role.

“Do you think this bill supports the administration’s policies? Or does this bill take us backwards?” Gosar said.

“I believe it takes us backwards from the standpoint of too many federal agencies involved and the right hand not knowing what the left hand is doing,” LePage said.

But Rob Snyder, president of the Island Institute in Rockland, said he supports the federal grant support in the bill, as well as its collaborative approach.

“This program provides an incredibly important catalyst that will take place everywhere where those grants are made. People will have new kinds of discussions about how the waterfront is evolving and what their future’s going to look like and how they want to invest in it, across the public and private sector, and I think that is an incredible opportunity for all of us,” he said.

listen to the full story 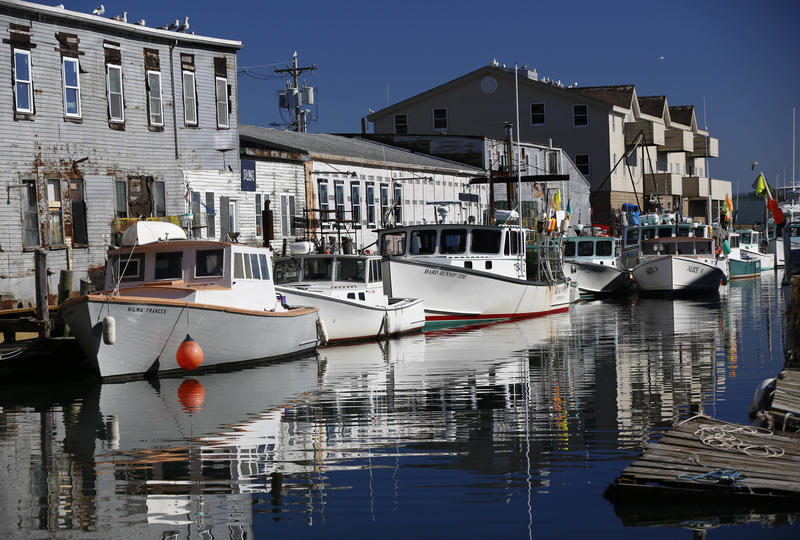 Lobster boats tied up at a wharf on the waterfront in Portland in March 2016.