By Kate Irish Collins / The Forecaster

Contemplating a future as a marine scientist working in the Gulf of Maine, Emma Christman is spending her senior year of high school helping kids at Peaks Island Elementary School grow kelp.

Christman is a student at Baxter Academy for Technology and Science in downtown Portland, and is teaching the younger students about aquaculture, marine science, water quality, climate change and more through a special program offered in conjunction with the Island Institute.

For six weeks this fall, Christman has held after-school sessions for up to 11 students in grades 2-5. The program culminated Oct. 20 with the seeding of sugar kelp off the Army Dock on Peaks.

The goal, she said, is to allow the kelp to grow over the winter and harvest it in the spring, beginning in late April, and build a variety of special recipes using the kelp as a key ingredient.

Christman created the special Kelp4Kids curriculum under the direction of Yvonne Thomas, the education director at the Island Institute. In addition to running the Kelp4Kids program, Christman is also interning with the institute this academic year.

The overall goal of Kelp4Kids “is to grow kelp and teach elementary school students on Peaks Island about aquaculture and sustainable living,” according to Renee Bourgoine-Serio, the lead teacher at Peaks Island Elementary.

Christman first became interested in offering what eventually became Kelp4Kids when Thomas was a guest speaker for a climate change course she took last winter.

“After talking with Yvonne, I learned that there wasn’t an existing program for Peaks Island students that incorporated both the marine sciences and the community’s connection to their environment,” Christman said. So she created one.

Kelp4Kids is being offered through Peak Island Elementary’s After School Academy, Bourgoine-Serio said.

“This enrichment activity is the perfect one for our island community,” she added. “Students are able to watch kelp grow and think about the many real-life uses for aquaculture and farming.”

“As Peaks Island Elementary works to become a green and productive school, Kelp4Kids allows the students to think about the big idea of sustainability within their unique island setting.” 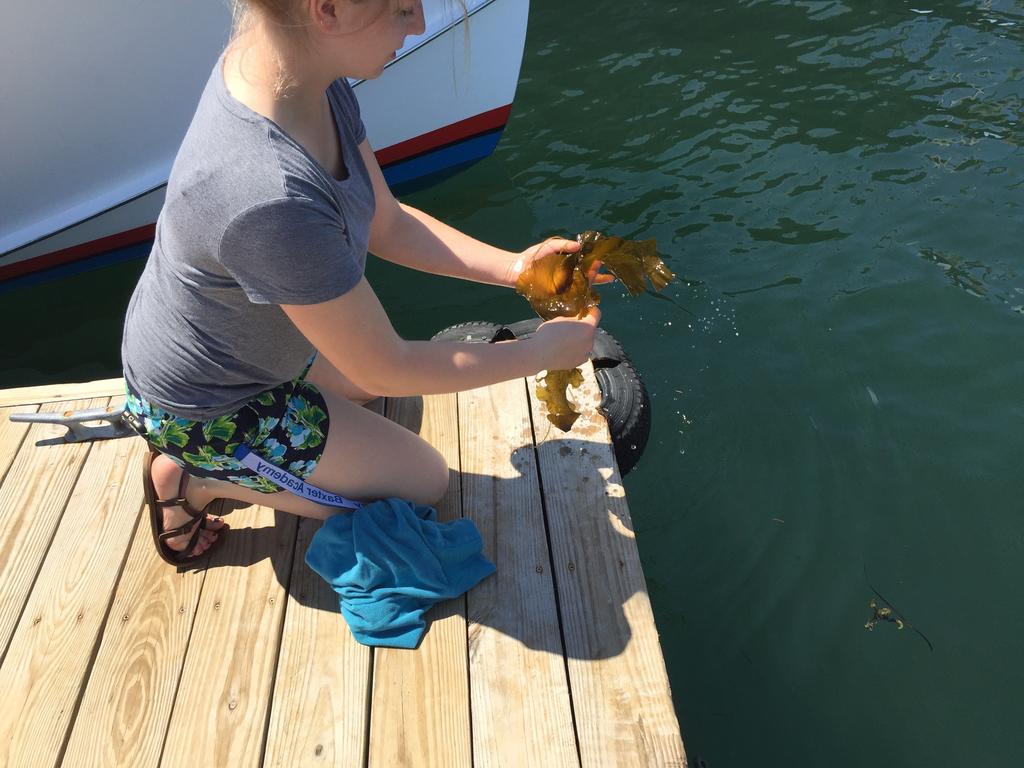