Briana Warner is the economic development director at the Island Institute. The nonprofit, which has a mission of sustaining Maine’s island and coastal communities, recently released a report on consumer preferences for edible seaweeds.

We called her up to talk about the report, which she co-authored. Our conversation ranged from why growing kelp is such an easy aquaculture sell for fishermen and ways to build demand for Maine seaweed to what the “low tide test” is and how to pass it. And yes, we did ask her about the much-loved pie company she used to run.

SEAWEED DU JOUR: Warner teamed up with James Griffin, an associate professor at Johnson & Wales University, to write “In Pursuit of Sea Vegetable Market Expansion: Consumer Preferences and Product Innovation.” Griffin developed a number of recipes using Maine seaweeds, and in August, the team asked 18 volunteers to taste the results. They tried 10 different items, including a sea vegetable power bar, a sugar kelp flatbread, a dulse ice cream, sea vegetable lasagna and a sea vegetable beans and sausage dish. Sea vegetable, by the way, is a nicer way of saying an edible seaweed.

THE MOTIVE: The lobster fishery is thriving, but Warner and the Island Institute fear that dependency on that species for income is dangerous. “People are able to make some pretty good money fishing for lobster right now, but they are singularly dependent on that fishery and that is particularly true for the island communities.” Thus the Island Institute has been promoting aquaculture programs in those communities through the Aquaculture Business Development Program. “It’s a soup to nuts, let’s help you get in the water program.” The first year they had 20 participants. “We turned down a bunch of people, and then the second year we had 24 and turned down a lot of people.”

MARKET RESEARCH: The program includes assistance on water quality, selecting a site and getting a lease, and it focuses on mussel, oyster and seaweed farming. The first two are pretty easy to sell. But seaweed is trickier. “It is such a new industry.” On the plus side, seaweed farming is low maintenance, doesn’t require a lot of “farming” and can round out an income in the off-season. Maine lobstermen make for ideal seaweed farmers, Warner thinks. “They say, ‘I grow kelp on my traps all the time just by accident.’ ” She believes Maine can be a leader in this field of aquaculture. But first, there has to be a market. “The issue is making sure that we are not getting so many people growing it and not having anybody to buy it.”

TASTE TESTS: Ocean Approved is the only Maine company that buys line-grown seaweed for processing, she said. “They are a great company, but certainly it is important to have multiple folks available to buy it.” It’s also tough to compete with China, price-wise, on dried product, she said. So Griffin set out to create recipes that would use Maine seaweeds, both dried and fresh. The 10 in the report all received at least a 4 out of 5 on the taste tests at the August event. What scored highest with Warner? “I was a huge fan of the ‘pork and beans’ and also the seaweed lasagna. It was so good. When you bite into it, it tastes just like lasagna. I couldn’t feel that there was no noodle, and I am a culinary person.” Also, these recipes definitely pass the low-tide test. Wait, what’s that? “Does it taste like low tide smells? If so, then Americans aren’t going to like it.”

RECIPE SHARING: Another criteria the Island Institute set was that seaweed be more than just a minor ingredient in the recipes. “It doesn’t help us if it has a tiny silver of seaweed in it.” Playing up the nutritional aspects of seaweed – it’s got everything from calcium to iodine in it – is also key. The Island Institute won’t be posting the recipes online, but it is sharing them with companies that are interested in developing the market. Check in with Warner, bwarner@islandinstitute.org, if your company is interested. 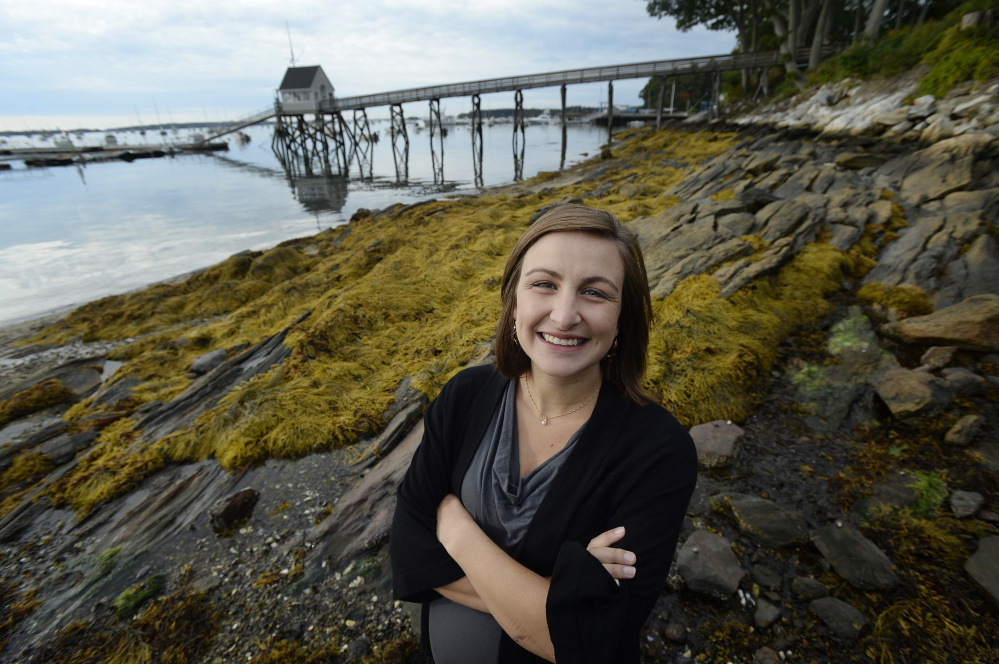