Last September I moved to Swan’s Island.  Like many of the communities hosting fellows this year, Swan’s Island is a small, tight knit island with many residents having lived there for a long time. Approaching any new group of people – whether at a lunch table in high school or a party later in life  – is intimidating. So, naturally, as the beginning of my fellowship drew near I was getting a little nervous, intimidated.

This nervousness should have been erased the minute I got off the ferry for the first time and people said hi to me, or my first training at the fire station when the entire Fire and Ambulance Departments gathered for a cookout, cake, and little party (which led me to think all trainings would involve cheeseburgers and cake  – alas not the case), or any of the other tiny acts of kindness and inclusiveness that Swan’s Islanders showed me in those first few weeks. But it wasn’t until a specific moment,  one which I’m sure I’ll always remember, that I truly felt a part of this new island community.

One evening in September,  I found myself in the Swan’s Island Library. I was there in the library because Caroline, from the Island Institute, was holding an informational session on one of the program she oversees, the Geiger Scholarship.  Which is to say I was basically killing time in the library, wandering the shelves, trying not to be a bother. After a little while a family walked in. I knew the mom – she was a regular at the yoga class I had just started attending –  and the dad I’d met very briefly in the post office, but at the time I didn’t know his name.  Let’s call him Joe. The mom and daughter went and sat down with Caroline and began speaking to her about the program.  Joe, meanwhile, didn’t seem to have much interest in the program, and took to wandering the shelves as well. So, both Joe and I were there, having met very briefly before, both trying to silently wander around without being loud or get in the way of the meeting happening.

Now, the Swan’s Island Library is a fairly big library for a small town, but all the same there aren’t many aisles of books to wander. I knew that at some point very soon both Joe and I would be in the same aisle, face to face, and then would have an unspecified amount of one-on-one chat time in front of us  – the information session was an indefinite length of time. I think it is important to note that at this moment in time I had, up until quite recently, lived and thought of myself as a New Yorker. Along with that upbringing and identity came many neuroses, one of which was a strong dislike of speaking with people I didn’t know. Indeed, if you do find yourself being spoken to in New York by a stranger, often the thing to do is walk away.

So, there in the library, the then-still-dominant New York side of me was living in terror of the imminent meeting between myself and Joe.  And, as expected, about seven minutes into our both wandering the shelves, Joe and I were face to face. Joe smiled at me and said, in a thick downeast  accent which I won’t try to replicate:   “Say, Gideon. What size shoe you wearing?” Many things went through my mind at that moment – impressed he knew my name, confusion about the question, and general fear that somehow this was a joke I was missing. Not knowing what else to say, I responded the only way I knew how.

“Boots?” I said, now very much believing this was some long form joke. “Well, I don’t really have boots.”

“Can’t go through your first Maine winter without boots. Just wait right here.” And Joe walked out the door. Moments later he was back, shoebox in hand.

“Say Gideon,” Joe says, setting the box on a table. “Why don’t you take these boots – I just ordered them and they’re a size too small. Size 10.”

Joe’s boots are now my boots – they’re nice boots –  and on rainy days when I’m wearing them and see Joe we always stop and have a talk about them. I look now at who I was that night in the library, worried about talking with someone, and see how I’ve changed; how much my year on Swan’s Island has taught me. Among the hundreds of other things Swan’s Islanders have taught me, that night Joe taught me that in a caring community people look out for each other. That people are open and welcoming and kind, and that there is no need – ever – to be silent in the Swan’s Island Library.

Gideon Davidson is an Island Fellow alum who served on Swan’s Island for one year, working with Swan’s Island Fire and Rescue services to provide community outreach, education, volunteer recruitment, training, and retention and to research the latest technology and standard operating procedures for the department. One of the signature programs of the Island Institute since 1999, the Island Fellows Program places college and master’s degree graduates in Maine’s coastal and year-round island communities for one to two years. Fellowships provide a unique opportunity for recent graduates to apply their skills and gain experience helping to build sustainability within communities whose way of life and identity face many challenges. 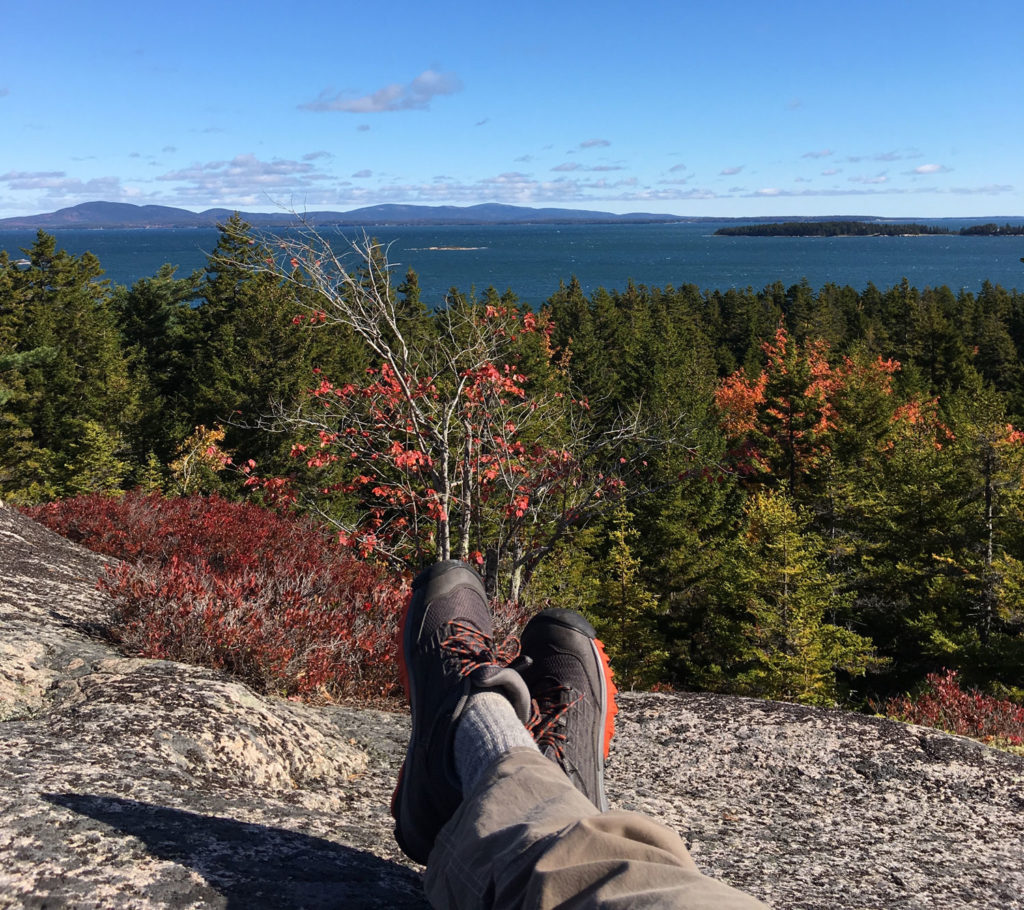