Increasingly, Maine communities are joining forces to take a regional approach in the pursuit of reliable, high-speed internet infrastructure and service (broadband). In addition to new county-level efforts across the state, individual communities are also seeking cost-efficiencies in potential broadband solutions. The benefits of each other’s skills, resources, and credibility, not only helps progress their joint efforts, it makes space for broadband working groups to discover and address aspects of their individual situations. We continue to learn from these efforts, adapting our broadband resources and approaches to working with these communities.

In May, three island communities in Casco Bay formed a regional task force to issue an RFI for an engineered infrastructure design, and they have recently selected a company to enter into a public-private partnership for that work. Similarly, the broadband working groups of three towns in Midcoast Maine (several bridged and unbridged islands) started meeting to discuss leveraging one another’s existing internet infrastructure for the expansion of broadband throughout their communities. Since late 2015, four offshore islands have met regionally, aggregating their voices, to negotiate with their incumbent provider with amazing results realized this June.

With a unified vision to attract and retain young families and promote economic development, the Casco Bay communities of Chebeague, Cliff, and Long jointly issued a Request for Information to design a broadband network for the three communities with the expectation of having a good cost estimate and plan for proposing construction as early as 2018. That RFI process is now closed, and the task force has chosen to have Axiom Technologies design the broadband network. Once a design is in hand, the task force anticipates their individual broadband working groups and communities will have the information and detail necessary to determine whether a broadband infrastructure project would be feasible.

For a more diverse economic future, to attract and retain more year-round and seasonal families, the broadband working groups of three neighboring towns came together in June: Arrowsic, Georgetown, and Southport. They discussed the potential of issuing a regional RFI about an infrastructure design that would leverage existing infrastructure and encourage collaboration among internet service providers. The Towns of Arrowsic and Georgetown had previously established a joint Broadband Initiative to investigate potential broadband solutions. Having finished a feasibility study, they sought the most cost-effective way to move forward. Meanwhile, the Land for Southport’s Future nonprofit was meeting with county and local officials to investigate infrastructure improvements. These communities are close enough in proximity to share many services, and the working groups continue to collaborate on a joint plan to bring broadband to their communities.

Stretching from the west side of Mount Desert Island to the very end of the Penboscot Bay lie four islands who share telephone and internet infrastructure served by TDS Telecom. After connecting at our 2015 Broadband Summit, these island communities discovered that TDS would be rolling out upgrades for better internet service. Given the small populations of the individual communities (Isle au Haut, Frenchboro, Matinicus Isle, and Swan’s Island), they agreed their voice would be stronger if spoken together. In January 2016, we met with TDS staff, making a formal request that upgrades go beyond modest improvements. As a result of the meeting, TDS tweaked their plans, and by June 2017, much of these islands can access the federal standard for broadband, and some can even get a service package of 50/10 mbps–10 times their previous speed!

Now that the TDS upgrades are complete, gaps remain on some islands where businesses or households cannot access the federal or state standard for broadband. Given that broadband would help the island realize its goal–of attracting and retaining young families and their business aspirations to its close-knit community of resourceful creativeness–the Isle au Haut Broadband Committee has issued an RFI to initiate the process of designing infrastructure expansion and improvements. The project aims to fill the remaining gaps on the island, particularly those areas that are least served while also being the areas of greatest potential for future development. This committee benefited from the regional efforts, learning from the Swan’s Island community survey before launching their own. The work toward TDS upgrades highlighted the large disparity in the quality of internet service between certain areas of the island. Having gone through the regional negotiations, the committee is well prepared for working with TDS or other internet service providers to fill their remaining gaps.

For towns working to improve broadband speeds, community outreach is key to ensure that the plan fits the community’s goals and is well understood by voters. Isle au Haut celebrated their broadband education campaign in their Independence Day parade and the Chebeague Broadband Committee did what they called a “guerilla campaign,” handing out over 100 broadband internet surveys along the parade route. The enthusiasm for these projects is incredible, and we are so proud to help support these communities to help close the digital divide.

To learn more about what’s working in communities along Maine’s coast and beyond, explore our developing entry Planning for Better Internet in the What Works Solutions Library. For more information about our broadband services or how we could work with your community, please contact Stephenie. 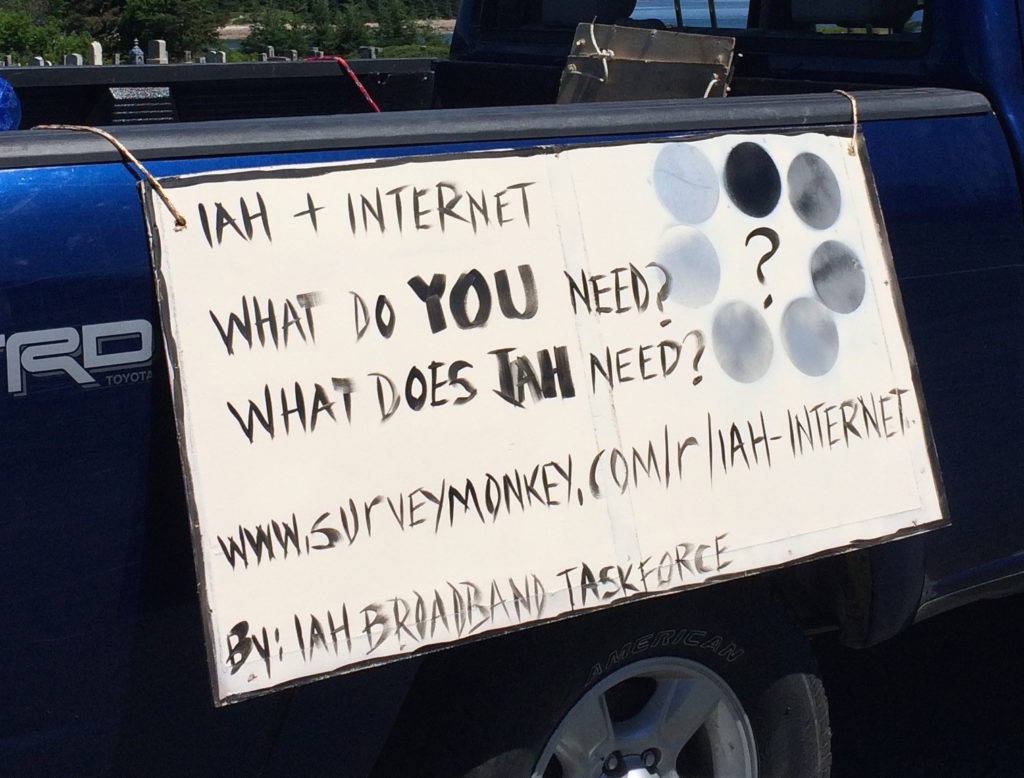