Congresswoman Chellie Pingree has reintroduced a bill that would require federal officials to work with coastal communities in Maine and around the country to address the impacts of ocean acidification. The bill, H.R. 2719, has bipartisan support in Congress.

“Climate change and warming temperatures aren’t the only effects of carbon emissions that we have to worry about. Ocean acidification is already having an impact on valuable Maine fisheries,” Pingree said. “It’s time we start paying more attention and getting the information we need to understand the potential impacts on our coastal communities.”

Ocean acidification is a product of increased carbon dioxide (C02) in the atmosphere.  Much of the C02 released into the atmosphere as greenhouse gas pollution gets absorbed by oceans, where it makes the water more acidic.  This makes it harder for clams, mussels and oysters to fully form their shells.  The impact on lobsters is less clear, but there is serious concern that acidification coupled with warming waters could have a significant impact on lobster populations.

Pingree’s bill would require the National Oceanic and Atmospheric Administration (NOAA) to study the socioeconomic impacts of ocean acidification on coastal communities and to work with states like Maine that have already begun conducting research. Under her legislation, the Secretary of Commerce would be required to conduct studies to identify which communities are most dependent on ocean resources and how acidification would affect them if valuable industries like the lobster fishery were impacted.

Several Maine businesses and organizations have come out in support of Pingree’s legislation.

“The American lobster is the single most valuable marine species landed in the United States, and we are only beginning to understand how they will be impacted by ocean acidification,” said Susie Arnold, PhD, Marine Scientist at the Island Institute. “It is critical that the federal government prioritize research on commercially valuable species and help coastal communities that depend on such resources prepare for changes. Congresswoman Pingree’s bill is a much needed step towards securing the future of our coastal communities and their ability to continue to make a living off the water.” 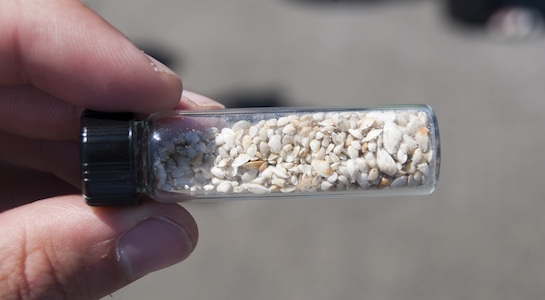