The Island Institute and Green Fire Productions will host the Midcoast premiere of “Ocean Frontiers III: Leaders in Ocean Stewardship & the New Blue Economy” Thursday evening, May 4, at 7 p.m. at the Strand Theatre, 345 Main St.

Doors will open 6 p.m. for a light reception, followed by the screening at 7 p.m. and a panel discussion featuring regional experts featured in the film at 8 p.m. Admission is free, but seats may be reserved via Eventbrite.

“Ocean Frontiers III,” the latest in an award-winning series, chronicles recent efforts along the Eastern seaboard to plan for healthy oceans, robust ocean economies and a sustainable future. The film’s release coincides with the recent finalization of the nation’s first ocean plans in the Northeast and Mid-Atlantic regions. The plans, based on the most comprehensive database of scientific and ocean use information ever compiled across the regions, will help manage the ocean’s many uses including shipping, recreation, fishing, offshore energy and wildlife habitat protection.

“The ocean is incredibly important to the future of Maine’s coastal communities,” said Nick Battista, marine programs director at the Island Institute. “The ocean planning process gives us a stronger voice, making sure federal agencies know what’s important to us when they are making a large decision about nearby waters.”

The film explores the intersection of national security, marine commerce, recreation and conservation. It also dives deeper into expanding industries such as offshore wind energy and aquaculture. The film allows viewers to witness an unprecedented collaboration of stakeholders — including fishermen, coastal planners, military officials, Native American leaders, environmental advocates, scientists and wind energy executives — who are working to manage and balance all the uses of the ocean so it can thrive for generations to come.

“Ocean planning is essential for protecting the health and resilience of our oceans,” said Karen Meyer, executive director of Green Fire Productions and producer of the new film. “We want to use this film as a way to continue building support for the new Northeast and Mid-Atlantic ocean plans; and keep the momentum strong in the regions that are developing their plans — including the West Coast and the Pacific Islands.”

The panel discussion, moderated by Battista, will include Melissa Gates, Northeast regional manager for Surfrider Foundation; Richard Nelson, commercial fisherman and captain of the F/V Pescadero out of Friendship; and John Van Dis, science teacher at Northport’s Edna Drinkwater School. 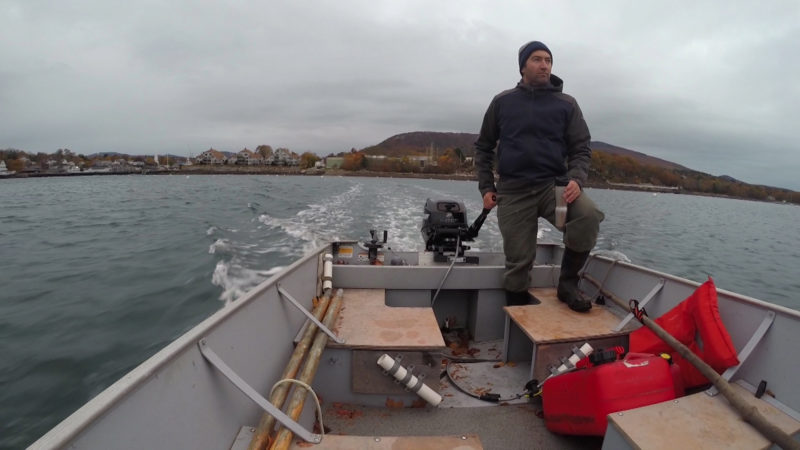