President Trump wants to slash the budget of the National Oceanic and Atmospheric Administration – the agency responsible for fisheries management, weather forecasting, nautical surveys and assisting marine industries – by 17 percent, The Washington Post reported Friday, April 4th. And he wants to eliminate NOAA’s Sea Grant program, the marine equivalent of the federal agricultural extension and research service, in the fiscal 2018 budget, which begins Oct. 1st.

“There was a lot of concern when the news broke, and a flurry of messages went out to our congressional delegation from fishermen and aquaculturists who understand how they benefit from Sea Grant,” said Paul Anderson, director of Maine Sea Grant at the University of Maine in Orono, one of 33 Sea Grant universities in the country. “I don’t now if on October 1st we will all of a sudden not exist.”

The news has sent reverberations across Maine’s marine community, which has long benefited from the partnership between UMaine and the federal government. Sea Grant researchers created the Fishermen’s Forum – the industry’s premier event – in 1976, and also helped found the Portland Fish Exchange and the university’s Lobster Institute, which researches issues of concern to the industry.

“They’re not just an agency that’s funded and sits in Orono. Their people are part of our communities, and the idea that it could all disappear with the mark of a pen just shows an incredible lack of understanding of the way Maine Sea Grant is integrated into our lives,” said Rob Snyder, president of the Island Institute. 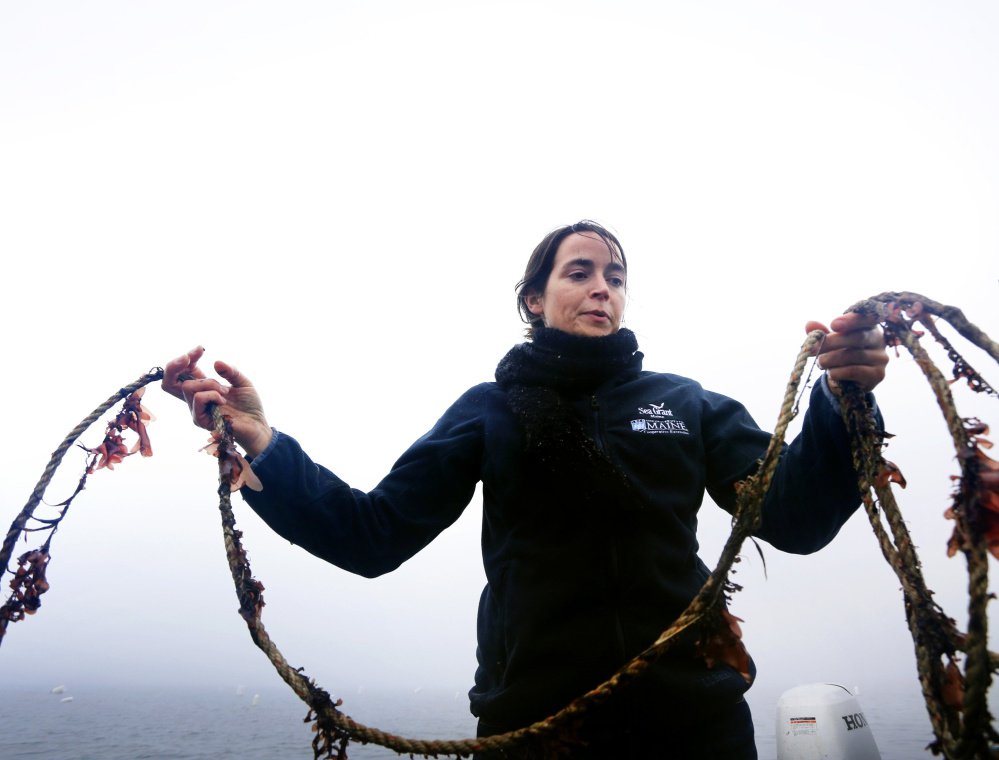