Gideon is an Island Fellow (far left in the photo above). He lives on Swan’s Island and works with the Swan’s Island Fire and Rescue service.

When I first arrived on Swan’s Island, I felt I had a fairly good grasp on what to expect from living for a year on an island in Maine. I knew it would be quiet, cold, and small. I knew I would be spending a lot of time by myself. I knew that it would be hard to break into a community as tight knit as the island communities with which I’d had experience.

That all came true. And, because I had steeled myself for the shock of a new reality, the shock did not hit that hard. But all my expectations were based on my being an interloping, semi-annual visitor. And so while those expectations came true, they all came true only to a point. Swan’s Island is quiet, but it is a quiet I have grown to cherish. The Maine coast is cold, but in that coldness there is so much beauty and emotion. And I have spent a lot of time alone, but have only a few times felt lonely.

The community has been welcoming and warm. There are people who knew right away that I was a Fellow and were fine with that. They introduced me to people and invited me to events. Then there were others who took some time, but eventually I began to know their names and say hello. These were people who I met on their own turf, so to speak. People I met playing against them in basketball, or watched football with, or the kids I met when I first went to the school. Many Swan’s Islanders operate within their own circles. It was easy to see these circles as unfriendly or unwelcoming or intimidating. But all it took was putting myself into as many different worlds as I could on Swan’s Island, and then these groups ceased becoming groups at all and instead became faces and names.

I have formed positive connections outside of my host organization by going to meetings, events, groups. I have formed positive connections within my host organizations by showing myself as a diligent worker with goals aligned to those of the fire and EMS departments. What has consistently surprised me has been how much simply being on the island matters. Being seen and seeing people, even without speaking much, makes it that much easier to have a casual chat the next time.

Even on my most solitary days I’ll see a car drive by my house and know who is driving. This feeling of community transcends my being alone. And because of the power of this feeling, I’m always surprised by how happy small things make me. When someone comes over to my car window to talk while we’re waiting in the ferry line, or someone helps me out, or asks me for help – how nice it is to feel like you have been invited into the community. And I know I’m not even close to being as full a member of the community as I hopefully one day will be. 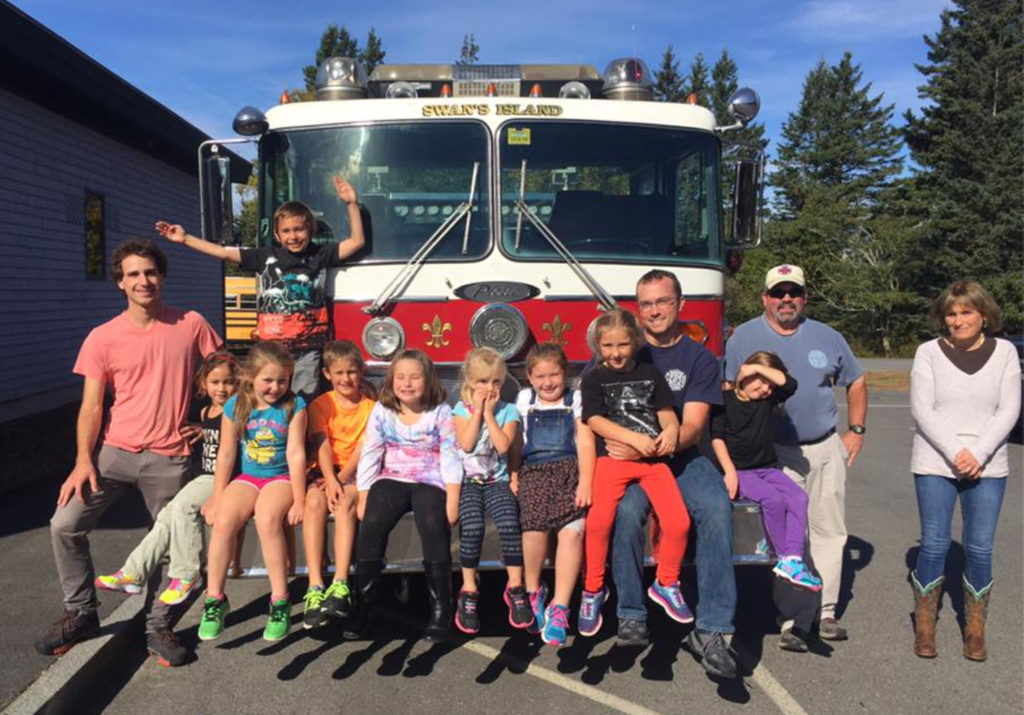