Last winter and spring, Figures of Speech Theatre worked with Island Institute and the Outer Islands Teaching and Learning Collaborative to produce a film. And it’s probably not like any film you’ve seen before: old island tales are narrated by actors, and brought to life by shadow puppets. Ian Bannon led the filmmakers and artists working with the island students to collect stories and then wield the puppets, weaving the audio and video together into a spellbinding show.

I asked Ian to write about his experience:

“It was an absolute delight to work with students from all six of the islands in the TLC. The students unearthed wonderful tales about their home islands, focusing on stories that are action-driven and full of evocative imagery. When it came time for the two-day film shoot on each island, it was amazing to watch their persistence –take after take– as they worked side-by-side to accomplish a shared vision. They were clearly invested in the material, the experience, and each other.

My visits to Isle au Haut had were uniquely rewarding, given my history teaching there. My first visit out there was nine years prior, during Paula Greatorex’s first year as the teacher as the two students on the island entered kindergarten. After a couple intervening visits over the years, I returned for this huge ‘capstone’ project the very year that Paula was retiring and the two boys were getting ready to graduate and head to school off-island. Such as poetic finale to a decade of collaboration!”

The films showed this summer and fall in in towns along the coast, and you can now watch them yourself online. I recommend watching the short “making-of” film first, then the 36-minute edit of all the outer islands’ films. 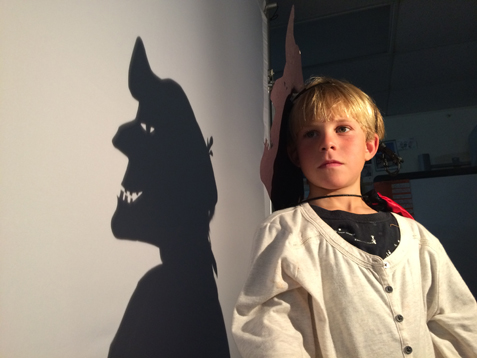