In September of this year, eastern Maine was closed to clam and mussel harvesting. The cause? Not our familiar red tide, but a different biotoxin, domoic acid. It accumulates in filter-feeding shellfish during a bloom of specific algae species. The bloom in eastern Maine is now dissipating, but the clam and mussel fishery hasn’t fully reopened.

While unfamiliar in Maine, domoic acid is a more common threat to fisheries on the West Coast. It’s usually a minor problem, but in 2015 an unusually large bloom caused the California Dungeness crab fishery to suddenly close just before the season started. Millions of dollars in landings were lost, and fishermen were left waiting for months on end.

2015 was an El Nino year, and warmer sustained water temperatures off of the US west coast combined with nutrient rich water created optimal conditions for a harmful algal bloom. Scientists confirmed a link between the large patch of warm water off of the west coast, nicknamed the “blob,” with the bloom.

The bloom was first spotted in the last week of April 2015, when it was picked up by buoys off of Monterey Bay, and within a couple weeks, it appeared in inshore waters. The size of the outbreak went from Santa Barbara all the way to the Canadian line, and it was the worst in 15 years. Health advisories started going out in May, first for mussels and then other organisms. By early fall, algae cells were no longer detected in the water. However, with the Dungeness crab fishery set to start on November 15, the industry collected crabs for sampling and found that the body meat was above safe levels for domoic acid. The crabs were presumabley eating razor clams, which retain domoic acid in their muscle tissue for long periods. The result was a closure of the 2015-16 Dungeness crab fishery for most of the season. It’s the state’s primary crab fishery and the second most valuable in the state, usually around $60 million. Last year, California crabbers brought in about half that amount.

A cautionary tale for Mainers

Island Institute hosted California Dungeness crab fisherman John Mellor to share California’s story with Maine fishermen at our annual Fishermen’s Climate Roundtables event and the Fishermen’s Forum in March. Mellor explained he had been gearing up for another good year of crab fishing, but two weeks before the start of the season they were shut down. “Last season (2014-15),” he said, “was the best year ever. We had no warning about it.” Mellor had observed strange weather for the previous three years, including extended periods of calm, warm water, and anchovies at the surface gasping for air. What he didn’t realize was that these changes could be foreboding signs that his fishery was at risk.

He explained that toxic levels were holding steady into February 2016, keeping his fishery closed. Despite the huge financial loss, the industry was on board with keeping it closed in order to avoid the risk of someone getting sick. (The fishery opened briefly later that spring, and the outlook is decent for the 2016-2017 season.)

To accompany Mellor’s perspective at the Fishermen’s Climate Roundtables discussion regarding domoic acid, we had Maine Department of Marine Resources staff inform the group about Maine’s biotoxin monitoring program. Alison Sirois, formerly of Maine DMR, explained how Maine has a rigorous protocol for testing for Alexandrium, the phytoplankton that produces saxitoxin, or red tide, and can lead to paralytic shellfish poisoning (PSP). The same technology can test for domoic acid, with results available in 24 hours. That testing has proved crucial in recent weeks, as Maine’s newest biotoxin is being closely watched. 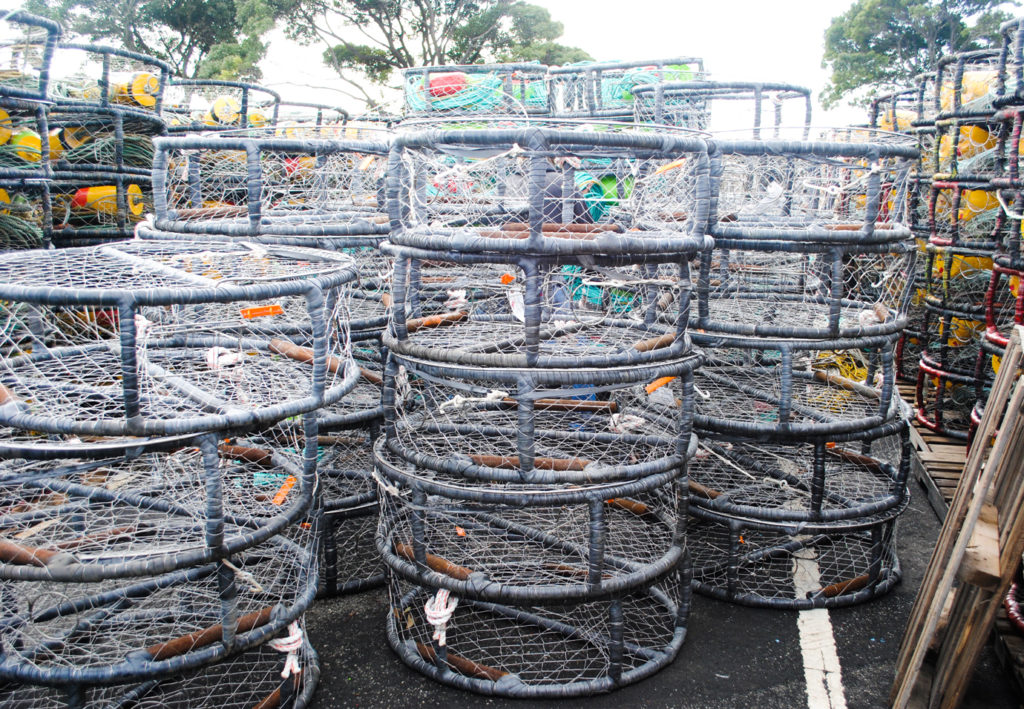 Ready and waiting for the crab fishery to open in California