Slow, unreliable broadband is a problem for all of Maine’s unbridged islands. Since the launch of the Island Institute broadband connectivity project a year ago, I’ve learned that while the 15 islands face many of the same challenges, they each bring their unique approach to solving these problems. Their progress bringing faster internet to their communities has been astoundingly thoughtful and quick.

After commissioning a broadband feasibility study for the islands through Tilson Technology, we held a broadband conference in the fall that brought together interested community members from each of the islands. At the conference, we discussed challenges and opportunities on broadband and saw islanders, many of whom had never met, connect over this important subject. There was one thing that all participants seemed to bring to the conference: a belief that reliable, high-speed broadband could promote economic development and help maintain and attract young families.  But each island also had unique thoughts on the best way to bring better broadband to their communities; these different approaches are now playing out on 10 of the islands through ‘broadband committees’ led by islanders who attended this conference last fall. Here are a few examples of each island’s unique efforts to make broadband their reality:

It was a beautiful sunny day at the beginning of the summer rush. They inevitably had millions of other things to do, but a group of six Cliff Islanders were ready to come to a meeting to talk about broadband. The group of dynamic, passionate, and effective leaders from the island serve as the board of Sustainable Cliff Island, a non-profit focused on building a future for the island. They have identified broadband as an essential tool to maintaining and attracting young families to the community and are willing to take on the role of ensuring better broadband service delivery. After thoroughly discussing all possible options for expanding internet service, they decided to work with the Island Institute to contact all reasonable service providers to discuss public/private partnerships. Sustainable Cliff is, in essence, working to fill the gap of the public and private sector to fix broadband projects in the community.

Residents of Vinalhaven are incredibly busy in the summer when fishing is at its peak and the tourist onslaught is unavoidable. Instead of stressing about their already busy schedule, the broadband task force decided to take advantage of the island’s peak summer population to launch a lecture series on broadband topics. The task force—comprised of Chamber of Commerce members, selectmen, the Town Manager, summer residents, and year-round residents—invited speakers from all over Maine to participate in the summer series, and heavily promoted the series to Vinalhaven residents. They also rented a spot on Main Street to establish a co-working space with the highest island broadband speeds available, to encourage people to work from the island. The Vinalhaven task force will be launching a survey in the next few weeks that will better analyze the community’s goals around broadband. Just yesterday, the selectmen voted to formalize the task force and endorsed their initiative. (I’m writing this on the return ferry from Vinalhaven after a great meeting last night!) The Task Force’s efforts will, in the short term, be focused on education around the benefits of broadband and helping to build consensus as to how to best meet community broadband goals.

These communities are all served by TDS and heard from the incumbent service provider that there would be upgrades to their infrastructure this summer. Rather than passively accepting these upgrades, the working groups of each of these islands, with the Island Institute, coordinated a joint meeting with TDS staff in January to push TDS to ensure that upgrades were sufficient to meet the communities’ broadband goals. Working with the service provider in this manner seems to have had the desired result:  TDS will be making upgrades largely consistent with the islands’ stated goals from that meeting. The Swan’s working group, in anticipation of these upgrades, has sent out a survey to the community to assess the current broadband speeds around the island. They will do a follow-up survey after the upgrades are complete to identify any gaps in the service upgrade and work with TDS to fill these gaps.

Long Island’s working group has focused their efforts on collecting information about all possible broadband options for their island. After months of conversations with various service providers, and obtaining order of magnitude cost estimates, they plan to present all of the possible options to the selectmen in the coming weeks. From there, they hope to pursue the best possible option for the town in step with their local government. They’ve also worked with the Island Institute to present a series of digital literacy workshops on social media for business and QuickBooks in order to show the benefits of broadband.

The broadband working group on the Cranberries has been working with the incumbent service provider, Fairpoint, to support pre-planned upgrades on Great Cranberry and identify costs and opportunities for a public-private partnership. They are working with Fairpoint to determine whether a more focused partnership that includes a technical design study could help bring better internet to Islesford and Sutton island.

The broadband working groups on each of these islands are volunteer run. The folks working on these projects have taken a problem that they all share, and adapted their work to best fit their local context. I’m excited to see where all of these projects go. After a recent town vote, Islesboro has started the process to connect each home and business on the island with gigabit speeds supported by fiber making them one of the most connected towns in America. If Islesboro is any indication of what these broadband working groups can do, Maine’s islands might carve an identity as having the most reliable, high speed internet in Maine…and that would be sustainability indeed! 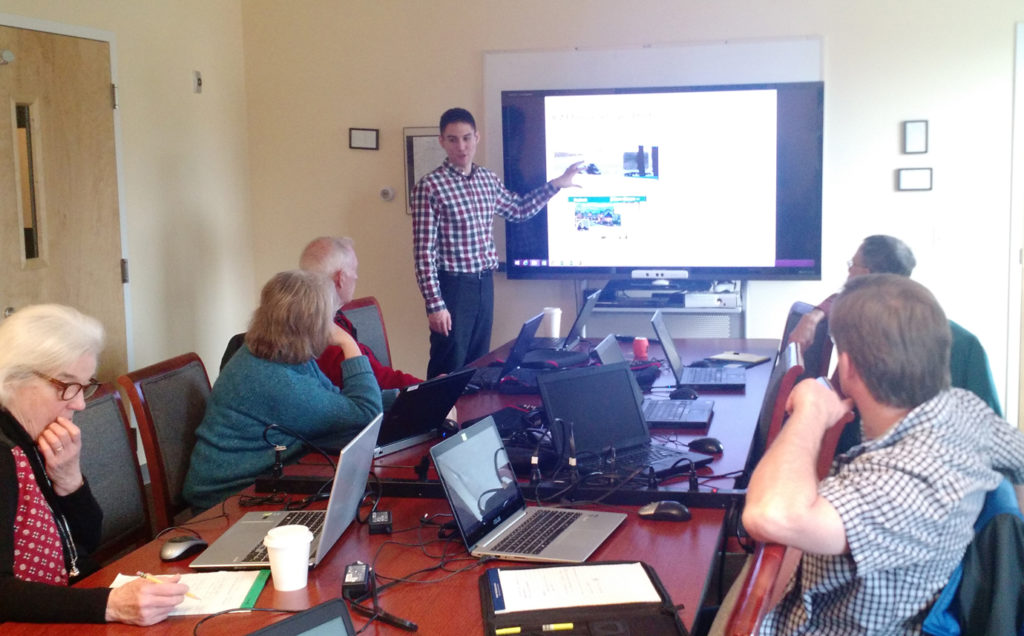