Joanne’s Angels had been plagued with a never ending slew of mishaps which forced Zach Lunt to pull his boat out for almost three months. Those three months without a boat in the water meant no income for him and his stern man while having to wrestle with a heap of unplanned expenses. This is a part of being a captain of a lobster boat that many don’t think about; I certainly didn’t until I saw the process unfold in front of me.

When I heard that he would be launching his boat and that I could get a ride back to Frenchboro with him, I jumped at the opportunity. It was a chance to not only learn more about the area, which is starting to feel more and more like home, but also to learn about what goes into being a captain of a lobster boat beyond the romantic image that had been portrayed to me growing up along the coast of Casco Bay. I met Zach, his brother Nate, and their cousin in Ellsworth and spent most the morning with them running around town, making sure that the boat could be put back in by high-tide that afternoon.

Once at the boat yard, Zach and Nate pointed out boats whose captains and former captains they knew, and swung through the fiberglass workshop to see what boats were currently being built or refurbished. On the opposite side of the boat yard we paused to check out the boat that belonged to one of Frenchboro’s fishermen who recently got his license. The old boat was sitting in a corner of the garage and a young mechanic was busy moving diesel engines out of the way with a forklift. Two older workers, who moved a bit slower than the young-gun in the forklift, pulled out their pack of smokes as we walked over and began chatting. As they talked I watched the younger employee clear out the space necessary to lower an engine into the patient boat. His cigarette hung loosely from his mouth as he darted in and out of the warehouse with engines half the size of my Toyota Corolla.

My first clue came from the laughter bursting out of Nate. The second was the smell of the bilge, which had an especially putrid odor after sitting at the bottom of Joanne’s Angels for a bit over two months.

Eventually it was time to prepare Joanne’s Angels for launch. Zach and a few guys were already on the boat and I could hear their voices above me as Nate and I neared the bow. We walked alongside the beached giant when the sound of gurgling above me caught my attention. The sound sparked my curiosity and by instinct I turned to see what was causing this familiar sound in a new place. I should have taken note from Nate, whose response to the sound was to get out of the way. Unfortunately, I did not and instead, received a cold shower from what I assumed was just a bucket of water being dumped from Joanne’s Angels. I soon would learn how wrong this assumption was. My first clue came from the laughter bursting out of Nate. The second was the smell of the bilge, which had an especially putrid odor after sitting at the bottom of Joanne’s Angels for a bit over two months.

Zain, center, on a cleaner day

Luckily, I don’t have a sensitive gag reflex and hadn’t eaten my lunch yet. The smell of stale water, grease, oil, and who knows what else isn’t what got to me. No, it was when I went to push my hair out of my face and looked down at my hand, which was covered in white viscous oil that was thankfully unable to soak through my unkempt hair. I now began to appreciate what had happened. My sunglasses began to slide down my face as the grease dripped down my forehead and my eye began to sting just a tad as if it wanted to make sure that I knew I was just dumped on by a boat.

He ran up to see who the unfortunate soul was, and I’m sure it was a relief when he saw it was just the Island Fellow and not another fisherman waiting to get their boat back in the water.

I took off my vest and sweater that I planned on using for warmth for the ride back to Frenchboro. My sweater would now become a towel as I frantically tried wiping away as much of the stubborn liquid as I could. Two heads popped up from the boat and I could hear them yell down to Zach, the one with the honor of blessing me with his boat’s holy water. He ran up to see who the unfortunate soul was, and I’m sure it was a relief when he saw it was just the Island Fellow and not another fisherman waiting to get their boat back in the water. I could tell the two guys working for the boat yard wanted to laugh but were fighting to hold it back. I’m impressed that they were able to keep a straight face because at this point both Nate and I were laughing so hard.

I knew I should have been upset, but for whatever reason I couldn’t see this event as anything other than hilarious. Maybe it was Nate’s response to my mishap that helped me see the humor in it, or maybe seeing the process that Zach had to go through to get back to work made me realize what a small problem being doused in bilge actually is. I even gained a few lessons from this event, including a very clear and thorough understanding of how a bilge pump works and, importantly, that if I’m standing next to a boat and hear a gurgling sound, it’s time to GET OUT OF THE WAY. 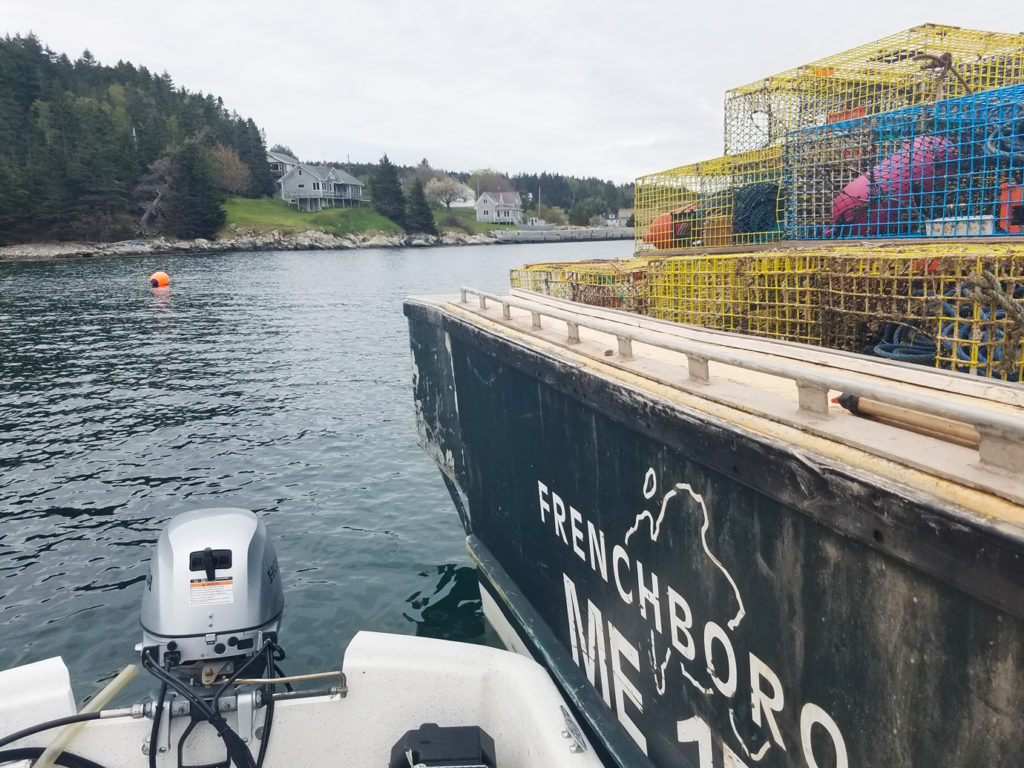