“Ziegler said Islesboro’s strategy to build the municipal broadband network is unique and unlikely to be duplicated by mainland communities. A report issued in December by the Island Institute suggested that other island communities could benefit by increased broadband adoption, because the technology would lead to new jobs and economic activity.” 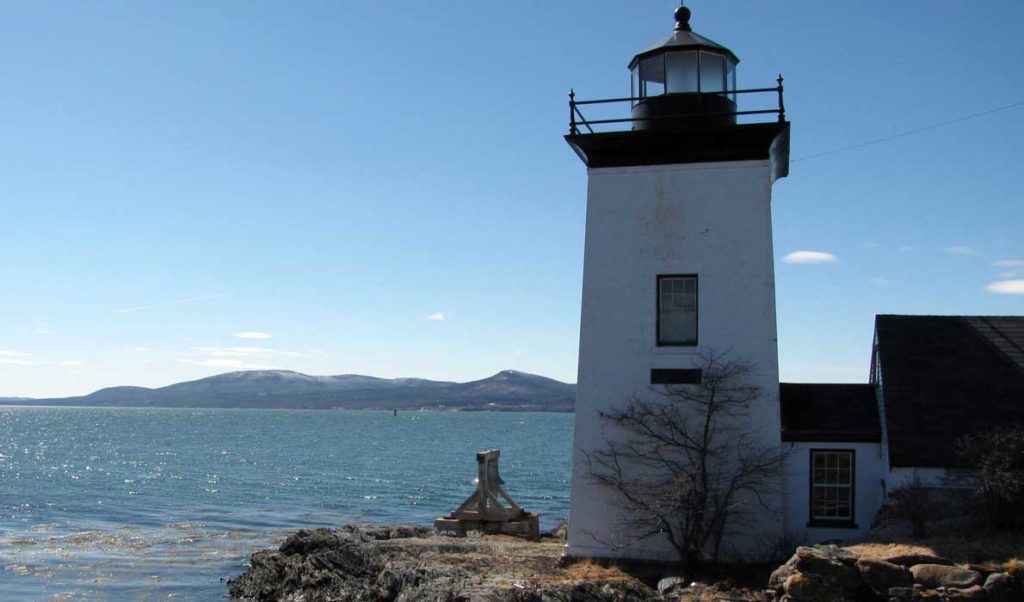 Grindle Point Lighthouse with the Camden Hills to the west.