In anticipation of our upcoming screenings of the four-part Climate of Change films series, I spoke with media specialist Scott Sell about producing the films.

How did this film series come about?

2012 was a big moment in the Maine lobster industry, with an overabundance of lobster and a price crash in response. We started filming in 2013 and, at that point, we noticed that there was a lot more communication starting to happen between fishermen and scientists about changes they were seeing out on the water. The idea was to start capturing some of that, using the Climate of Change Workshop that the Island Institute hosted that summer as a jumping off point.

Why did you decide to include fisheries in Alaska and Florida?

Focusing on Alaska and Florida was an extension of the fishermen’s exchange trips that the Marine Programs team initiated. We wanted to continue to create relationships with other fishing communities around the country and do our best to bring their stories back to share with our fishermen and the general public. As we’ve become more reliant on the lobster fishery in Maine, being able to look to other natural resource dependent communities for possible solutions is extremely valuable.

What did you know about Sitka and Apalachicola before visiting? How did you prepare?

I did some homework, but I pretty much learned everything as I was filming it. It was amazing to go somewhere that you don’t know anybody, you don’t know about the issue, really, and then have people tell their stories. The learning curve is pretty huge so you have to be quick to connect the dots and say, “I heard from this fisherman that you know about…” You get little snippets from everybody to form the bigger whole.

Did you plan out a lot of interviews beforehand?

We just had two or three contacts before arriving in Alaska and Florida and went from there. It’s fun when you don’t know what kind of day you’re going to have. You’re in someone’s house interviewing them and they say, “You’ve really got to talk to this guy.” 20 minutes later you’re in a packing facility, wearing a hairnet, walking through people processing fish. Or you’re out on a huge trawler, climbing down a ladder into the hold where they have metric tons of pollock, and filming all of it as it comes up. Your days are unscripted, but you have to be on the ball with the right lens for small quarters, or making sure batteries are charged.

When you’re interviewing someone, do you know which pieces you’re going to use, or do you decide that later?

I’ve been learning to edit in my head during shooting. You go into an interview hoping to get certain pieces of information from a person, but you’ll know that golden sound bite when you hear it. Like, at 12:00 minutes he said that in a certain way, or made a face that really made the point, and it’s easy to go back to that.

Any good stories, or lessons?

It was the last day in Florida and the guy who ended up being the main character in the film was a guy named Kendall. I got his phone number from a waitress who was serving seafood, so I called him up: “Hey, I’m this guy from Maine and I’m hoping to talk to you about the oyster fishery.” He has a super thick Florida accent and I can’t understand him very well. We make a plan to meet at a place called 13 Mile. I had been down on the waterfront and knew it, 13 Mile Seafood. I showed up outside the place later that day and was waiting around and he’s nowhere to be found. I go in and ask, “Do you know Kendall?” and they say “He was here earlier, ain’t seen him for a few hours.” I wait another half an hour. Then I miss his call, and he says “Hey Scott, I’m down at 13 mile…” Then he finally calls and it turns out 13 Mile is a stretch of road. And it’s a 25 minutes drive outside of town, so I feel super bad that he’s been waiting on the side of the road for over an hour, but I finally get out there and we film this great interview.

I guess there are two lessons from that. First, be persistent. I could have said, “Screw this, he didn’t show up so I’m just going to leave.” Second, clarify exactly where you are and what you want to get out of the interview. Though with that said, I often have best results being casual. I try to be sensitive to the fact that very few people like to be on camera so I do my best to make them feel comfortable.

How was filming in Alaska and Florida different from Maine?

Unlike in Maine, where we can just make quick trips to visit people, you’re really in town with these people in Alaska and Florida for a while. You go out for dinner, drinks, go to their house. I interviewed this guy Alexus in Kodiak, then spent the next couple of hours at the bar getting to know him, and the next day he calls us up and says, “I think you’d like going over to the other side of the island where there are always a lot of Kodiak bears.” It was great to really be there, not just zipping in and out of peoples’ home or business. It gives you a better sense of the place and the issues in their communities.

Is there anything else you want viewers to know?

It was pretty cool to see this project work itself out over a number of years. When you’re working on an individual video, you’re done with it and on to the next thing, but when you’re working on a series you’re going back and review the previous video to inform the next one. It’s also cool to see the aquaculture film come together in tandem with people getting involved with the aquaculture group, who are upstairs as we speak! 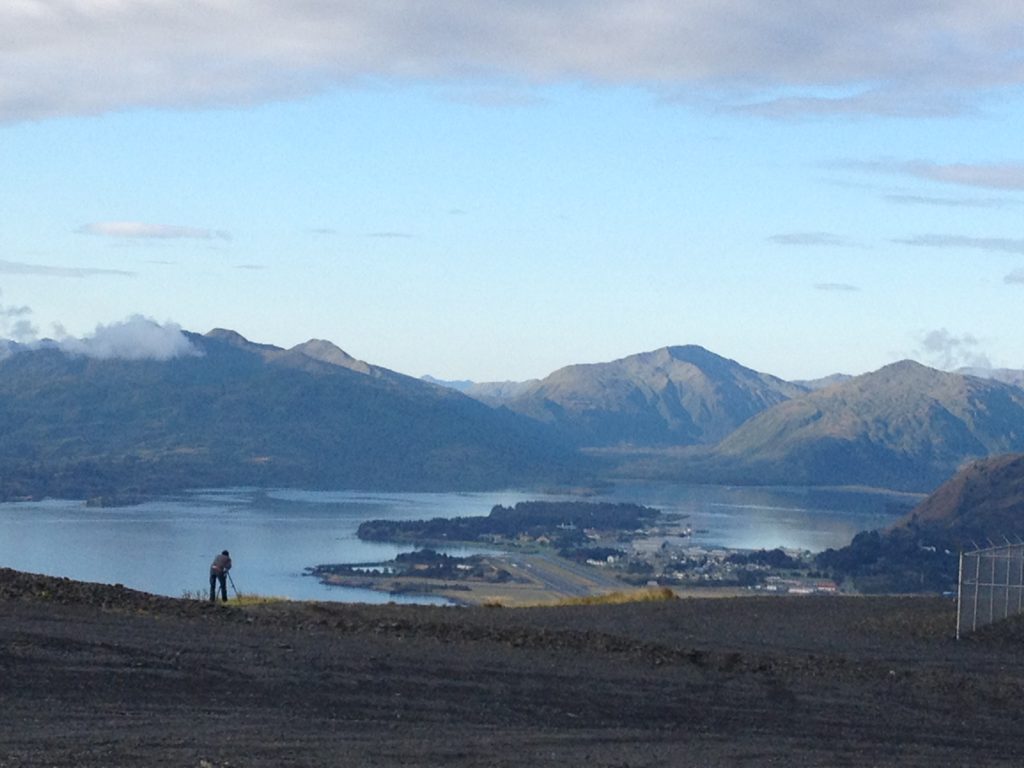 Scott gets a shot in Kodiak