On Vinalhaven in 2012, something started eating the trees. Leaves on the south end of the island were desiccated, and the culprit was the newly arrived, invasive winter moth. Science teacher Amy Palmer decided that the best Vinalhaven residents to take on the pest were her students. Over the next few months, Amy and a small group of students worked after school to monitor, document, and manage the moths.

Winter moths emerge from the soil around Thanksgiving, and the almost flightless females begin crawling up tree trunks and attracting the males. By putting tape, sticky side out, around the trunks, the students hoped to catch the moths as they crawled and landed, and figure out where on the island they were living. The first time they checked on the taped trees, there was almost nothing. The second time, the tape was almost entirely covered by bodies and wings.

Students became the experts in their community

The students recorded their data through GMRI’s Vital Signs program, worked with a state entomologist, an expert who bred parasitic flies who would combat the moths, and became the experts in their community. Amy explained that Vinalhaven residents would come up to one of the students, asking, “what’s the update? How can I save my trees?” This wasn’t even a class, just an outside-of-school project. But because it was empowering, community-based, and practical, the Vinalhaven students loved it.

That kind of experience is at the heart of expeditionary learning, a model based on Outward Bound that connects students to relevant, real-world problems, holding them to high standards and letting them achieve more than they believed possible. More Maine schools are using expeditionary learning principles to guide their curricula and teaching, including Casco Bay High School, whose principal Derek Pierce delivered the keynote at the October 30 Island Teachers Conference. It was an eye-opener.

I’ve never worked in a school, so when I showed up at the Island Teachers Conference, I wasn’t sure what I’d find. Maybe discussions of how new state regulations were making it hard to function with a small staff. Coping strategies. Talk about testing requirements.

All day, that’s not what I heard. From Derek Pierce’s keynote about the impact of expeditionary learning on his students, to a place-based writing workshop with the Telling Room, the theme wasn’t about teachers dealing with regulations from above. It was all about students, and building on their intrinsic love of the world around them.

It was all about students, and building on their intrinsic love of the world around them.

That’s not to say that island teachers haven’t had their share of challenges implementing new curriculum requirements (some schools have only one or two staff) but it was clear from the teachers I heard and spoke to that their focus was on students. During his speech, Derek Pierce pointed to his head, and then his chest. “If kids are fully engaged here and here, the rest will take care of itself. Offer all you have. It’s all about love.”

If that’s what our small island and coastal schools are about, we are in good hands. 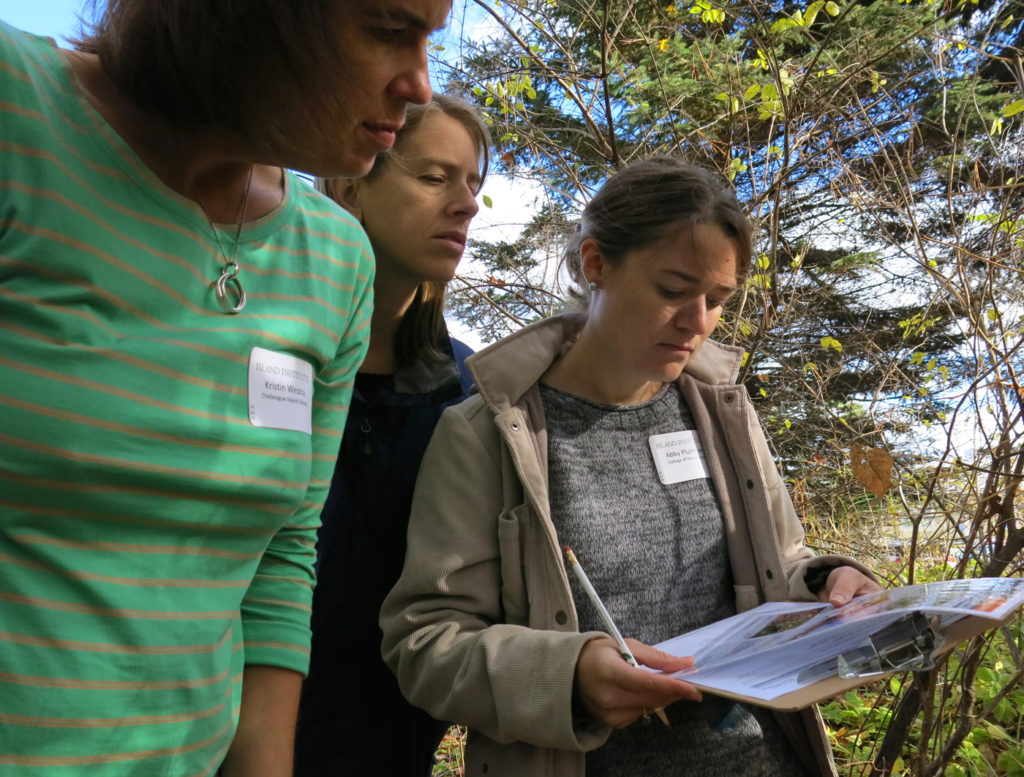