The world’s oceans are turning more acidic. Since the Industrial Revolution, carbon dioxide levels in the atmosphere have grown by more than 70 percent and now stand at the highest level in at least 800,000 years. As the oceans absorb additional CO2, they’ve become 30 percent more acidic over this period.

The Gulf of Maine is particularly vulnerable because its colder water more readily absorbs carbon dioxide and because the increasing frequency of major snow and rain events flood the gulf with more acidic river runoff.

Maine’s fisheries economy is also especially vulnerable, as it depends on species that may not thrive in a more acidic gulf. “Shellbuilders are the ones that will be impacted the most and we have an overwhelming reliance on shellbuilding organisms,” notes Susie Arnold, a marine scientist at the Island Institute in Rockland who studies the problem. Eighty-seven percent of the value of Maine’s commercial fish catch comes from creatures that have shells, including lobsters, clams, scallops and oysters. 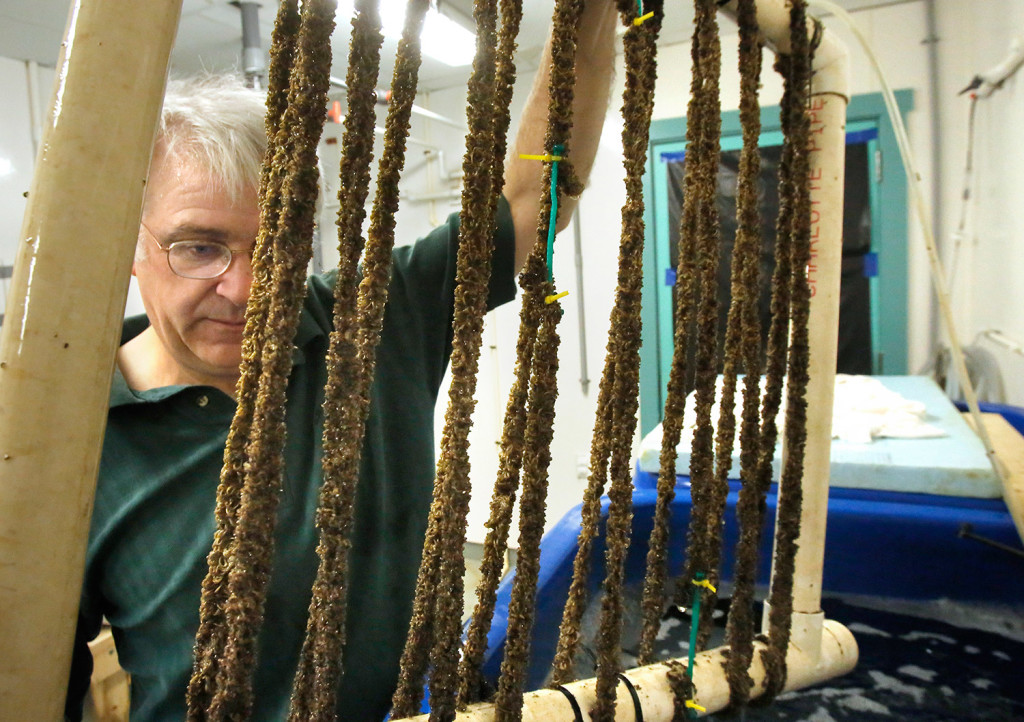