I spoke with economic development associate Stephenie MacLagan about the importance of high speed internet access on Maine’s islands and what the Island Institute is doing to help.

MG: I hear internet in Maine is pretty slow compared to the rest of the country. What’s the deal?

SM: Maine is in the bottom 10 states in terms of high speed internet. ConnectME is the state authority on broadband, and they’ve established a standard: 10Mbps (megabits per second) for upload and download. That’s considered “served.” Anyone without those speeds is considered “underserved.” Most of Maine’s islands are underserved, well below 10Mbps.

Since fiber infrastructure in the state began to be developed in the past ten years or so, it has become evident that large telecommunications companies are not going to be investing in rural areas of the state. It’s not profitable or even feasible. Many towns in and outside of Maine have been pursuing broadband in innovative ways, whether by encouraging partnerships with telecommunications companies or doing projects on their own.

Why is it so important for the islands to have broadband access?

We have been hearing from the islands that they lack reliable and fast broadband, and that it is a major hindrance to their economic development and stability. “How do you expect us to run a business when we can’t even reliably connect to the internet?” was one of the questions they would ask us. It’s a larger issue for the community as a whole—it’s not just an economic development issue. High speed internet can help attract and keep new young families. Often the story is that there is an open lobster license, and a lobsterman brings his family to the island. But that income isn’t enough for the entire family, and/or the children want to get an education online or even do their homework at home. The spouse and/or children need high-speed internet and don’t have it on the island, and they may give up and move off.

Just the ability to connect online broadens the employment opportunities that are available to islanders. You aren’t going to have every type of career on an island, but being able to work online, work remotely at home, provides the opportunity to be in a multitude of different careers.

They’re going to continue to be separated from the mainland by water and have transportation challenges, but broadband may bring them more economic stability than they have now.

Can you imagine the islands having much higher internet speeds than the nearby mainland?

We were inspired to do a broadband study for 13 islands in large part because of the fantastic independent efforts of the town of Islesboro and on Great Diamond, who decided to address their internet problem some time ago. When Islesboro saw the problem, they decided to do their own feasibility study, and see what they actually have under the ground, what different improvement options could they investigate and implement. They’ve put a lot of funding behind that desire. It seems that they will be implementing a solution for their island for high speed internet, and currently they’re on a track to do it at a 1Gbps rate for everyone on the island, which is at least ten times greater that what Lincolnville is seeing right now.

They’re going to continue to be separated from the mainland by water and have transportation challenges, but broadband may bring them more economic stability than they have now.

How is this going to work on the technical side of things?

Internet comes into Maine through fiber, and spreads out either through fiber or satellite or other wireless options that are connected to that grid.

On Islesboro, they’re connected to the mainland by a cable. Central Maine Power is going to replace the communications cable, and put fiber into the line that connects Islesboro to the mainland. That was a good opportunity for them to tap into what CMP is doing anyway. They just have to build the infrastructure on the island, which is great.

One of the reasons why it’s difficult to improve broadband is because you don’t even know where to start. You don’t even know what you have. You know it’s not good enough, but you don’t know how to fix it. So a lot communities realized that what they really need is a feasibility study, someone to explain, in technical and layman’s terms, what they have under the ground, or on poles, and how to improve upon that. What are the options, and how much do those cost, and for how long would that serve them?

How is the Island Institute involved?

Those feasibility studies are very costly, and if you put up tens of thousands of dollars for a feasibility study and find out that there is no cost-effective solution available, that’s the end. You may not do anything. To many community members, that can feel like a waste, and they’re not willing to invest in a study without knowing that there’s an implementation possibility at the other end.

The successes on Islesboro and Great Diamond inspired us to fund feasibility studies for the remaining year-round islands that had not yet done their own. We commissioned Tilson Technology to report on each island community’s existing infrastructure, community desires and potential options for improving broadband. That way, each island community will know if they have cable with fiber, if new or upgraded cables are feasible, or if they’ll be looking at wireless options.

Each community has different goals and visions for itself, and broadband can help address those in different ways.

Does the feasibility study make the assumption that there is a need and a desire for broadband, or is it also assessing the community’s interest in broadband in the first place?

That’s definitely part of the process. Tilson has reached out to the communities and done community meetings where islanders got to express their desires and hopes and goals. Each community has different goals and visions for itself, and broadband can help address those in different ways.

Some communities are interested in telemedicine, being able to connect with their doctors who are on the mainland through video conferencing and that kind of thing. Other communities are very interested in attracting and keeping new, young families on the island, so they’re focused on residential development. Others are very interested in rebuilding or growing their businesses. Islands with large summer communities see broadband as an opportunity to get summer residents to stay on the island longer, and contribute to the community and local economy for more of the year. Tilson is making sure that when they’re coming up with options for improving broadband, they’re making sure that they’re addressing what the community wants in the first place.

What’s the timeline for the process?

The studies will be done in October.  The Island Institute is going to be hosting a conference for the 13 island communities in November that will bring together small, working groups of actively involved community members with industry leaders, experts from within and beyond Maine who can share their knowledge of broadband, have a panel about the agencies and organizations that provide funding for broadband infrastructure, and breakout sessions for islanders to hash out planning details. They can discuss how to consider the options presented in the report, how to move forward with an option, or how to educate broader community members and get their buy-in. Maybe some islands will say, “we’re all set, we’re doing okay, and we’re not going to move forward with broadband at this time.”

We intend to continue working with islanders after that conference, to help them get through the steps of working with providers, figuring out designs they need, finding applications for funding, and that sort of thing.

What do you want people to know about broadband on islands?

We are excited to be able to answer some of the technology needs of many businesses and families on the islands. We are looking forward to seeing how different communities decide to move forward after the report is released and helping islands meet their broadband objectives.  There are cities and towns across America that have decided that broadband is the key to economic sustainability and are pursuing improvements to their high speed internet connections. For many islands, broadband could be essential for attracting and keeping young families, for keeping businesses, and for growing their local economies. 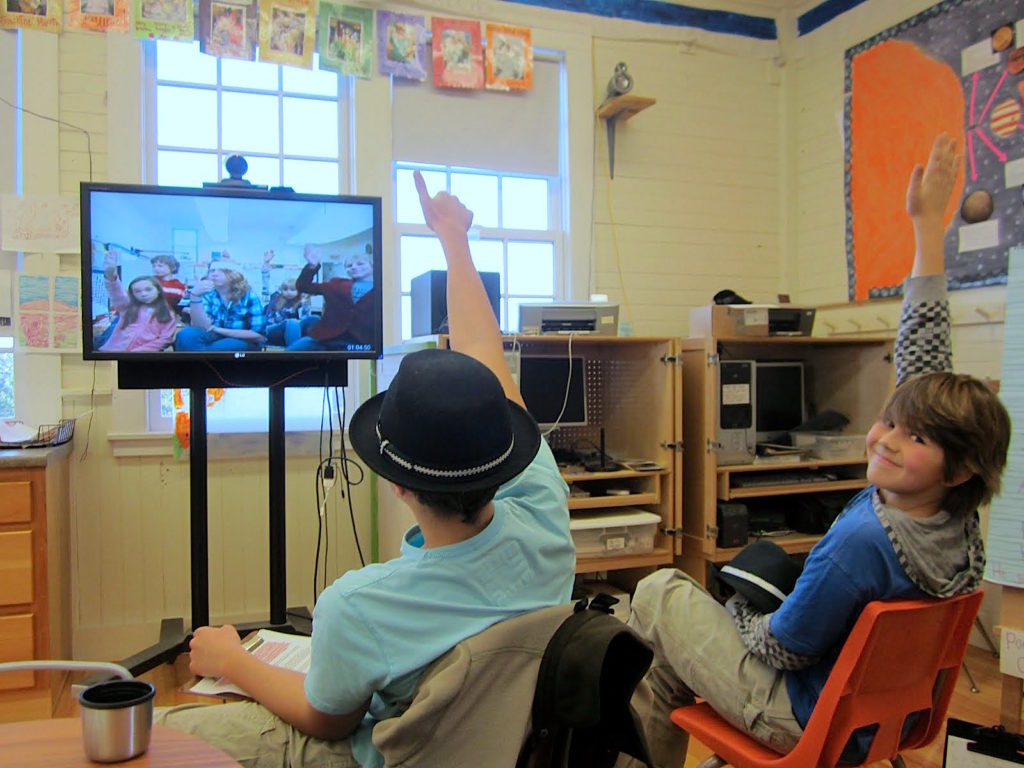