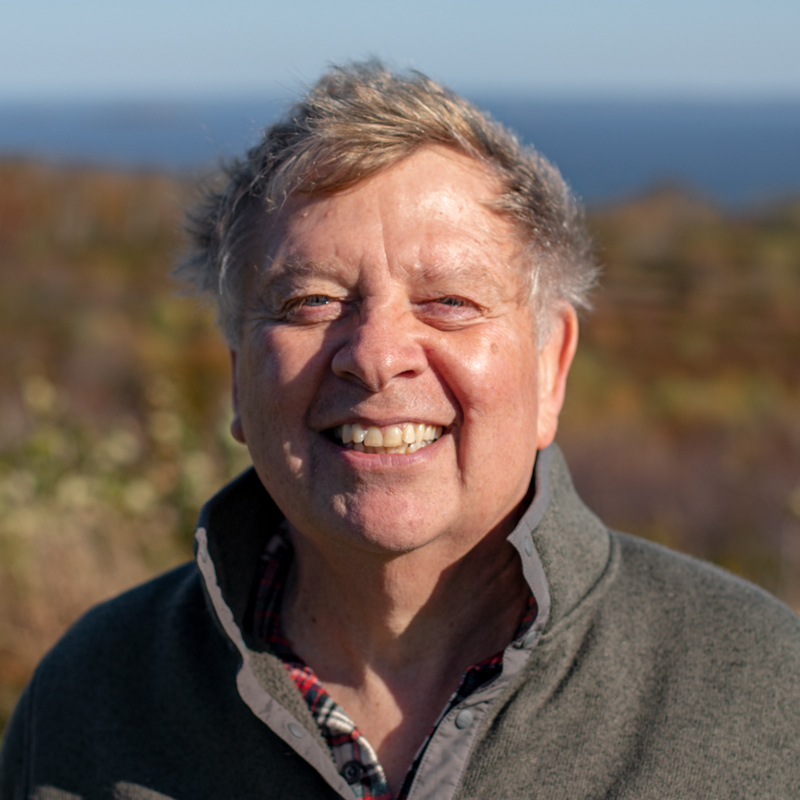 Lee Bonta is the Island Institute’s Philanthropy Officer for Annual Giving and Stewardship, responsible for the stewardship of donors and members as well as annual giving. Lee brings over 32 years of fundraising experience to the philanthropy team. He acquired his undergraduate degree from Bowling Green State University in Ohio, and later, his Master of Theater Arts and Management from the University of Akron. He went on to pursue a career in philanthropy—working for two symphony orchestras, two professional theater companies, and several hospital systems, and now, with the Island Institute, Lee has added a community development nonprofit to that list.

Born in New Jersey and raised in Ohio, Lee has lived in several states— spending time in Pennsylvania, Minnesota, and Florida before moving to Maine where his daughter and two grandchildren live. Lee has long had a passion for theater and the arts in addition to environmentalism and climate action. He lives in Ellsworth with his four cats, and he enjoys hiking, tennis, and poetry.

Be part of the solution

Sign Up for News & Updates Learn More About Our Priorities Donate or Renew Your Membership
© 2022 Island Institute. All rights reserved.